The event kicked off the Human Rights Campaign’s efforts to launch a nationwide drive for passage of a gay marriage bill. 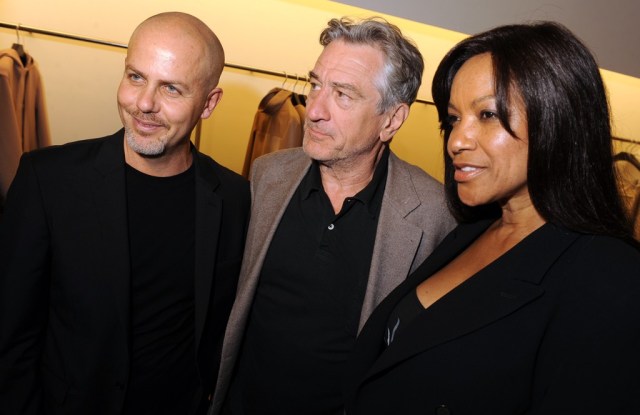 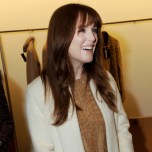 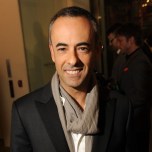 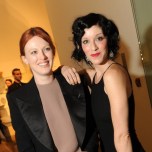 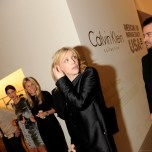 “I think it’s a very basic human rights issue,” Julianne Moore said at a launch party for Americans for Marriage Equality at the Calvin Klein Collection flagship on Monday evening. “Everybody has the right to marry the person they love and be represented as a couple and family.…It’s something that people will look back on in years to come and say, ‘I can’t believe it took so long for us to recognize this.’ It’ll be like segregation and giving women the right to vote.”

The Human Rights Campaign’s Brian Ellner later praised Moore for being the first big celebrity to sign on to the group’s video campaign during the heated New York marriage battle, which helped open the floodgates for other A-listers to sign on to the initiative. Anna Wintour, who filmed her own video spot earlier this year, was also in attendance.

“Obviously, I’ve been a great believer of marriage equality from the start,” said the Vogue editor in chief.

Despite marriage being on everyone’s minds, partners Neil Patrick Harris and David Burtka admitted they still hadn’t set a wedding date, even after five years of engagement and their adoption of twins.

“It’ll be nice to get a callous on the other hand,” said Harris of the potential for adding a wedding band to his ring finger.

Calvin Klein’s Francisco Costa said he’d like to marry his partner of 21 years, John DeStefano, but was vague on details. “Yeah, I would. It would be fun. A huge ceremony,” he said with a laugh.

Responded DeStefano: “We have to figure out who’s going to propose to whom first.”