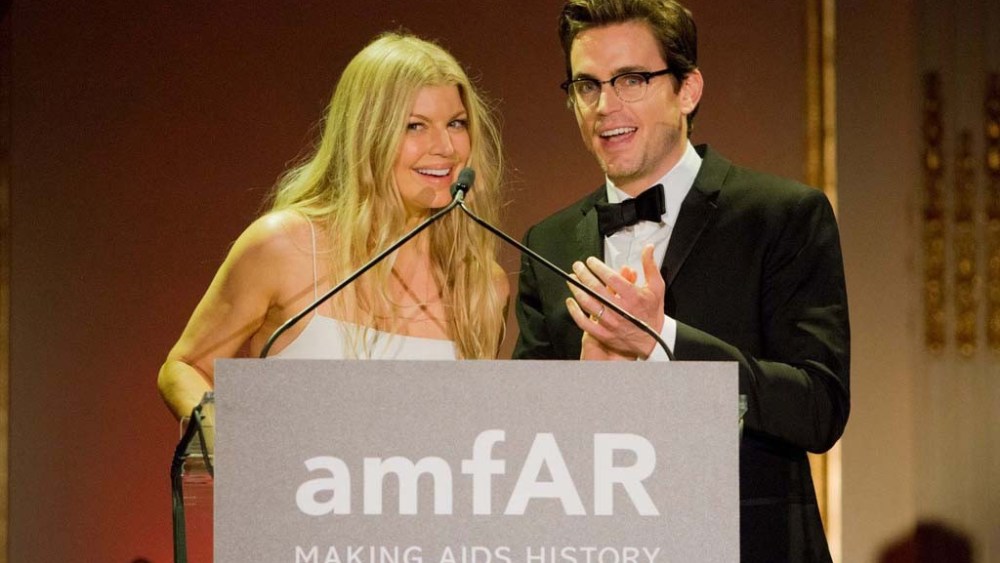 Calvin Klein Collection’s Francisco Costa and Italo Zucchelli took to the stage at The Plaza’s Palm Court Tuesday night to personally accept the Award of Inspiration from amfAR, the Foundation for AIDS Research on behalf of the brand.

Calvin Klein Collection was singled out for its long-standing impact on the state of AIDS research. Actor and board member Matt Bomer and Black Eyed Peas lead singer Fergie presented the designers with their awards. Fergie wore a long white silk slipdress designed by Costa, while Zucchelli designed Bomer’s ensemble.

The black-tie dinner, which featured a performance by New Order, also included a runway show of Calvin Klein’s men’s and women’s looks and an auction.

At the event, amfAR also honored AIDS activist Crown Princess Mette-Marit of Norway, while HBO was recognized for its contributions to AIDS research.

Since its founding in 1985, amfAR has invested more than $388 million in its programs and awarded grants to more than 3,300 research teams worldwide. The Inspiration events, created by Josh Wood Productions, have raised $15 million for the group since they began in 2010.