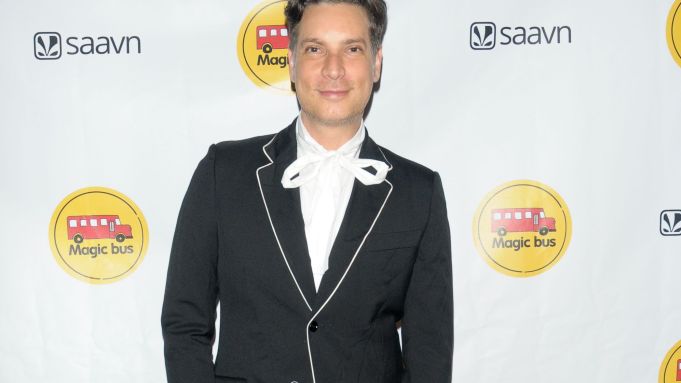 New York’s fashion elite is finally at ease. After passing the torch on to London and now Milan, the ones who remained Stateside are finding peace, relaxation and time for charitable efforts. Oh, and a good body scrub.

“A lot of sleep and a haircut,” Cameron Silver said while describing his post-fashion week rituals. “And a real good body scrub because it was hot and humid. Major exfoliation.”

The H by Halston and H Halston fashion director attended Magic Bus’ second annual gala on Wednesday night. The event, held at Three Sixty in TriBeCa, featured a vocal performance, a mentalist and a live auction, the proceeds of which went toward Magic Bus’ mission: to empower impoverished children, especially young girls, in India through education.

“New York Fashion Week should be called ‘New York Friend Week’ because the only shows I really went to were with people whom I have a real relationship,” Silver said. “It’s our back-to-school.”

Georgina Chapman might not have indulged in body scrubs after Marchesa’s show last week, but she did find a way to relax — she’s been spending time with her family and kids. But for her, there’s still work to be done.

“Bridal Week is in two weeks, so it’s right into that,” Chapman said. “Keren [Craig] and I love doing bridal. It’s such a romantic time and it lends itself very well to our aesthetic and what we do. I think [the collection is] just going to be quintessentially Marchesa: very ethereal, very light, florals, laces.”

Chapman is a big supporter of Magic Bus and its founder, Matthew Spacie. “Matthew is one of the most energetic people I’ve ever met and when he first came to my studios talking about the work he did, I was captivated by his approach,” she said. “The volume of people he manages to help in such an incredible way, the fact that it’s really sustainable. A very little amount of money goes very, very far with him.”