The international film festival kicked off with a star-studded crowd, including Kristen Stewart, Blake Lively, Susan Sarandon and Justin Timberlake. 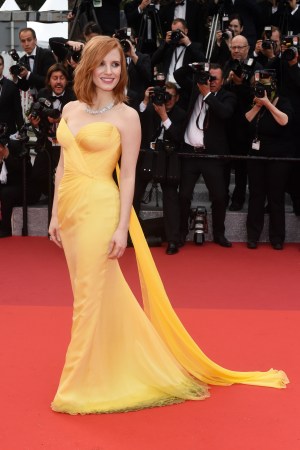 CANNES, France — “This will be a festival when the stars are out in a massive way,” promised Thierry Frémaux, the 2016 Cannes Film Festival’s artistic director ahead of the event, which began here on Wednesday.

Making her first Cannes outing as a rep for L’Oréal, Sarandon took to social media to toast her first fest experience, posting selfies with Watts, a fellow beauty ambassador. “Ready for @naomiwatts to show me the ropes,” the 69-year-old wrote on her Instagram account, with Watts returning the favor: “My L’Oréal-ista sister. We got this,” the 47-year-old actress, who is to star in David Lynch’s upcoming “Twin Peaks” revival, replied.

The duo continued flashing their iPhones, as they marched up the famous red carpet staircase.

Although “Nocturama,” a new film by “Saint Laurent” director Bertrand Bonello referencing the Paris terrorist attacks, didn’t make it into the official selection, an exclusion which was widely criticized by the French media, the festival paid homage to the City of Light via a video collage, including Jean-Luc Godard’s “Breathless” and “An American in Paris,” starring Gene Kelly.

“Since the attacks, everybody is telling us we are at war,” commented French actor and master of ceremonies Laurent Lafitte, and so it would take time before a relaxed discourse about the events would be feasible, he noted. “But it will happen,” he promised, just before engaging in a long and passionate, Hollywood-worthy kiss with Catherine Deneuve, who emerged from behind the scenes unexpectedly, perhaps signaling that anything is possible. “Only in Cannes!” Lafitte praised, raising an eyebrow.

Stewart, meanwhile, who is in town to promote Woody Allen’s “Café Society,” as well as Olivier Assayas’ “Personal Shopper,” which is competing for the Palme d’Or surprised with a new platinum-blonde crop. Her edgy new look was only upstaged by the lights turning purple, as French singer Mathieu Chedid, aka M, crooned “Purple Rain” in homage to the late Prince.