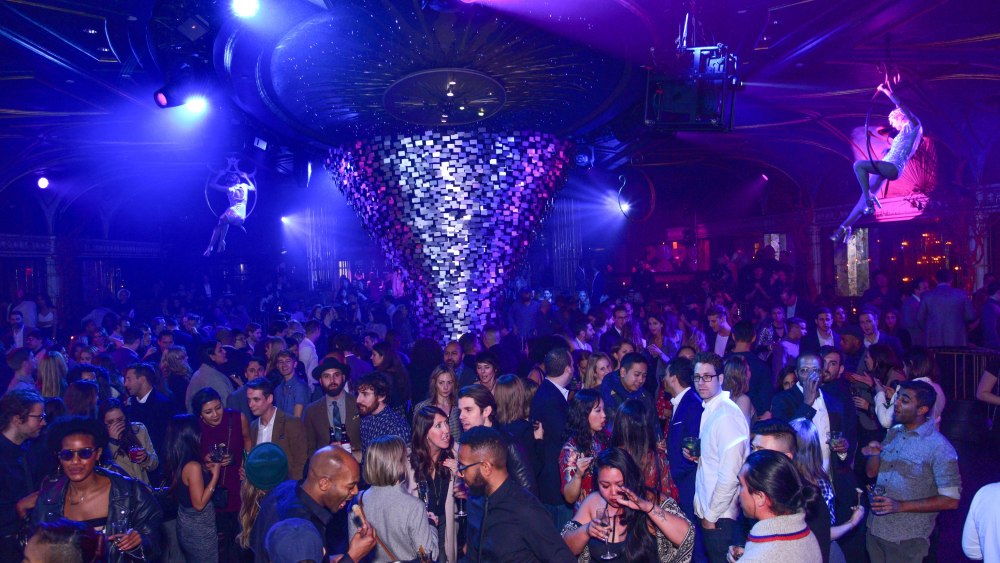 “I’ve been dying to see it for so long — I already knew all of the songs,” gushed Cara Delevingne after an exclusive Saturday evening performance of “Hamilton” on Broadway hosted by American Express Platinum.

Wearing a baby blue track suit, sneakers and a black knit beanie atop her platinum locks, the model-turned-actress had been eagerly anticipating the opportunity to see the hyped-up, sold-out show. “I try not to expect anything from anything, but it blew my mind. It was amazing.”

The 24-year-old was in good company for the much-anticipated theatrical experience as she sat alongside Diane Kruger, Zosia Mamet, Josephine Skriver, Coco Rocha, Brad Goreski, Sean O’Pry and Helena Christensen.

Throngs of leggy beauties poured out of the theater following the electric performance and trickled across 46th Street to the Diamond Horseshoe for an after party in the expansive subterranean event space. Delevingne sipped Champagne and — with a black scarf wrapped around her head and much of her face — danced violently as Icona Pop performed their lean body of hits.

In a quiet lounge tucked away from the Amex celebration’s rave-like atmosphere, Coco Rocha and husband James Conran chatted intimately with Christian Siriano before rushing home to their 2-year-old daughter.

“I thought the costumes were cool,” opined Siriano of the show’s 18th-century-inspired wardrobe. “I would have modernized it even a little more because the music and production was kind of forward. I felt like was a little too period at times.”

The candid designer is hoping to secure a new retail location on 56th Street in Midtown Manhattan, which will also serve as his company’s office space. “It will either be amazing or will bankrupt us, so we’ll see,” he said. “I’m nervous to move my offices, but I feel like the garment district is changing so much and we need a little bit of change.”

As the night went on, a sea of lesser-known beauties flooded in and replaced the VIP faces, which included many cast members of the buzzed-about musical. Delevingne, who is prepping to shoot “Life in a Year” with Jaden Smith, aptly faded into the night as pal Rihanna’s “Work” was pumped to carousing crowd.