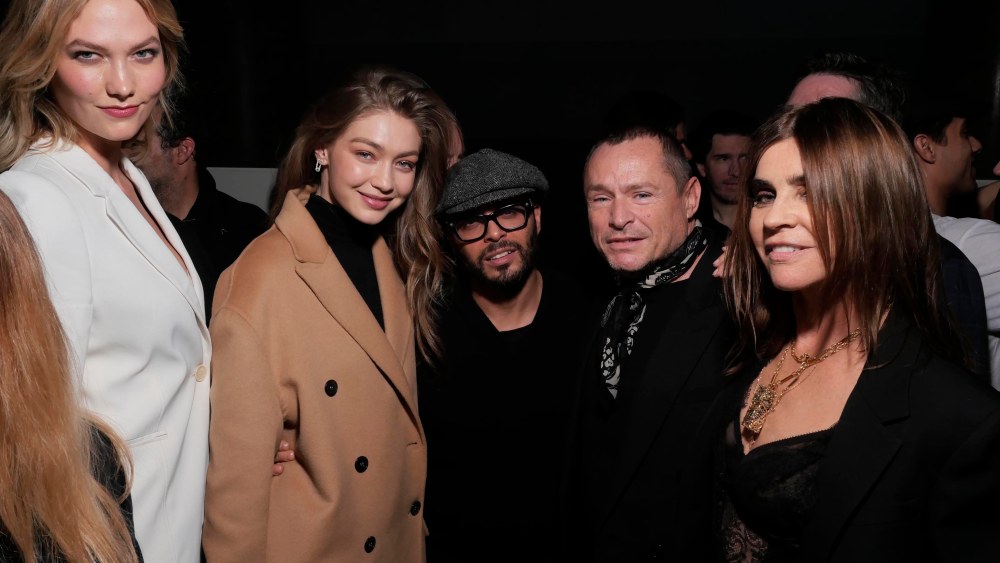 FASHION CROWD: CR Fashion Book’s Carine Roitfeld flexed her pulling power as special guest and host of La Nuit by Sofitel on Thursday night. The party, held at the Pavillon Cambon, was packed with genetically blessed individuals, from Naomi Campbell to Karlie Kloss and Gigi Hadid, who attended fresh from walking in the Off-White show.

Not forgetting model couple Francisco Lachowski and Jessiann Gravel Beland, who revealed they had a book of family portraits launching at Bonpoint’s Paris flagship the next day.

Dressed in Tom Ford, Roitfeld held court at a table with A$AP Rocky and Owen Wilson as waiters whirled through the space proffering trays of swan and ring-shaped snacks.

Ballet dancer Hugo Marchand, who planned to attend the Haider Ackermann show on Saturday, discussed his approach to modernizing “Swan Lake,” which he is performing at the Paris Opera.

“I want to bring a human dimension. I want to be a prince but a modern prince, I want people to be able to relate to me,” he said.

Enjoying a glass of Champagne, meanwhile, Kiera Chaplin, who has collaborated on a capsule of watches for Saint Honoré due out in March, talked about her mission to build on her grandfather Charlie Chaplin’s global vision, having just brought the 45-year-old Chaplin Awards to China, with the first lifetime achievement award going to Tony Leung Chiu-wai, “The Tom Ford of China.”

“Next year, we’ll be adding new categories and we plan to expand to India and Russia. My grandfather didn’t want language in his movies so that it stayed international, and he’s loved everywhere, so I think it’s nice to be able to give the award to all sustainable cinema out there. China has so many great films; Bollywood does more films than Hollywood, so it’s nice to celebrate them as well.”

Asked if any of her grandfather’s possessions had been handed down through the family, she held out her hand. “This was my grandmother’s wedding ring. My grandfather designed it and had it specially made by Cartier,” she said, wriggling her digits. “It sure beats [inheriting] his cane.”