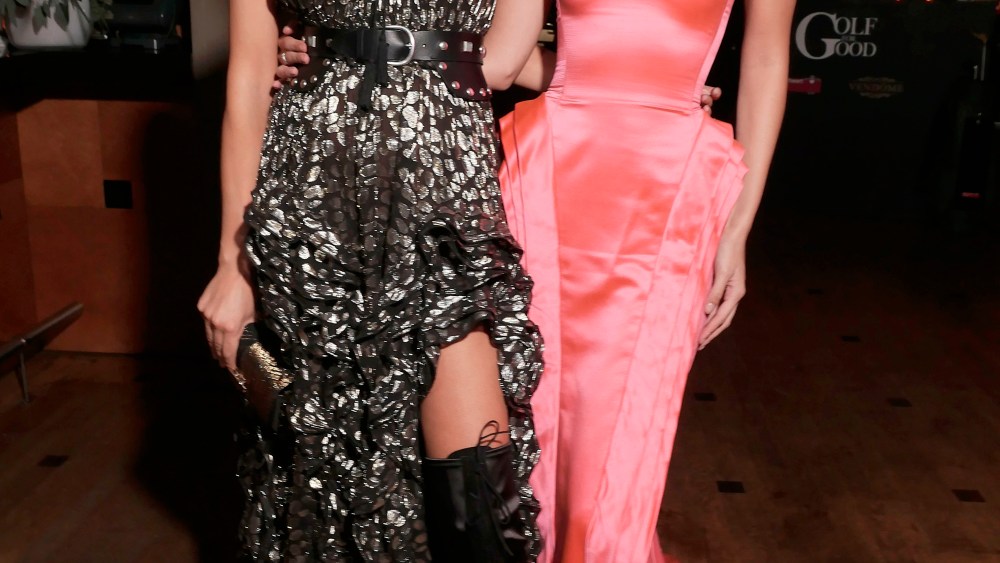 ANOTHER ONE, PLEASE: The French charm extended beyond the cuisine for guests at the Golf for Good charity gala dinner in Paris — they were also treated to a performance by famed local Carla Bruni.

Accompanied by a piano player and a cellist, the model-turned-singer and former First Lady of France strummed delicately on her guitar as she sang her hit “Someone Told Me” in the foyer of the restaurant Boeuf Sur le Toit, or Ox on the Roof, which is named after a song featured in a Jean Cocteau ballet. But as she sang, filling the room with her voice that relays a distinct brand of intimacy, one couldn’t help but think the place might be renamed Ballad in the Bedroom.

When the song was over, someone in the crowd called out. “Another one, another one!”

The historic Paris cabaret bar has, over the years, shifted from a watering hole for the avant-garde to a chic dining spot, and instead of dancers it was flooded with an international crowd of models, businessmen and socialites for the Place Vendôme Qatar-sponsored charity event.

Held by the French branch of Naked Hearts, an organization founded by Natalia Vodianova to support Russian families with special needs children, the event was hosted by the model and her partner Antoine Arnault. They were joined by her friend Evgeny Plushenko; the Russian figure-skating champion is also involved in Naked Hearts.

“It was the most nightmarish night to get people together, in the middle of fashion week — and you guys, I know you seem really far away but I hear you talking when you should be listening to me — hello all the fashion naughty ones,” teased Vodianova, who set an energetic tone for the evening, moving among tables to greet guests.

Bella Hadid bounced in when everyone was seated, wearing a searing pink bustier dress, and stopping to pose in front of Vodianova and Arnault’s table to show it to her hosts. “I thought I would dress up for you tonight!” she said.

Items sold at the auction, which raised more than 200,000 euros, included a diamond Chopard pendant from the Happy Diamonds collection, and golfing outfits by Loro Piana, which dresses the European team for the Ryder Cup, also taking place this week.