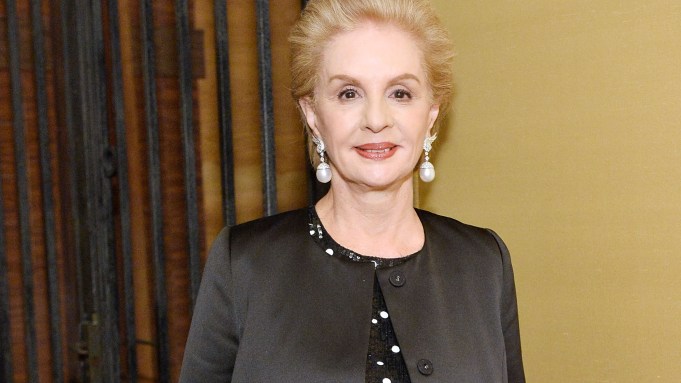 For those who did a double take when walking the streets of Beverly Hills on Thursday, Carolina Herrera was indeed in town and not only did she visit her own stores on Rodeo Drive, she hit Neiman Marcus, Saks Fifth Avenue and Barneys New York for some personal shopping. But the main reason the designer flew to Los Angeles that day was to cochair the 6th Annual Winter Gala benefiting PSLA with its founder, Rochelle Gores Fredston.

“I came for Jennifer and Rochelle. I love PSLA because I’m always involved in charities for children and this one is an important one because there are a lot of abused children in the world and we have to get together and help them,” said Herrera, who kept the focus on the evening’s cause (it was, after all, a pricey 370-person fund-raiser for at-risk youth).

Commenting on the recent executive shuffle at her company, which saw Emilie Rubinfeld become president, she said, “I am a great believer in promoting people who have been in my office a long time and in the company for a long time. It’s always nice to have the best.”

When asked next about her plans for hiring a future designer, she demurred, “I don’t talk about that. I don’t have one designer, I have a team. I am the creative director of this company and they have to have my same eye and I have the last word.”

Gores Fredston expressed gratitude for Herrera’s support, saying, “She came all the way to be here tonight, and that really shows where PSLA has gone. We’re touching [the lives of] kids in New York as well.”