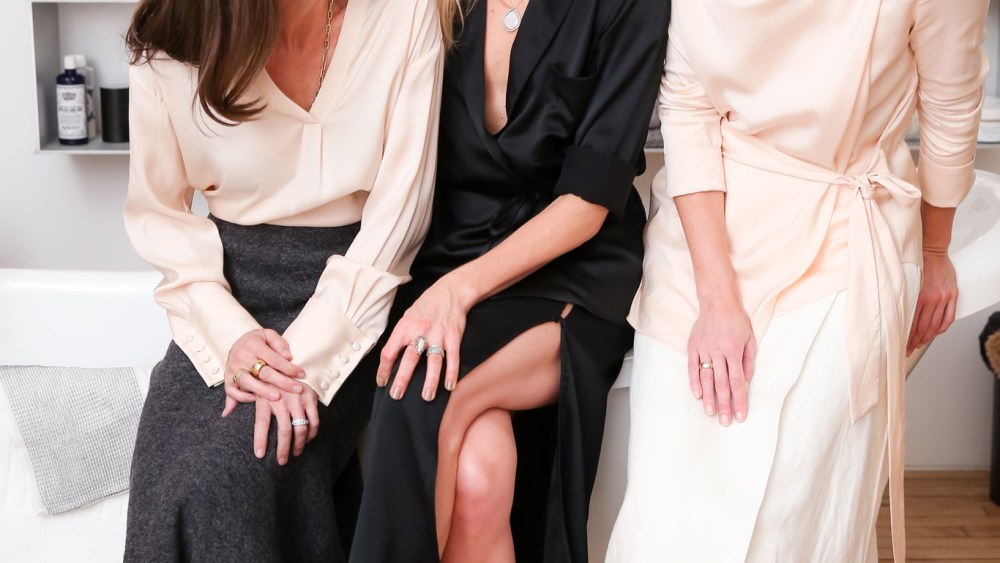 “Naomi Watts has our candelabra!” Carolyn Murphy said Thursday evening, stationed next to her cohost Gucci Westman. “We want it!”

The cause for such the friendly squabble was the chance to shop the selection at The Apartment by The Line, dubbed “A Sparkling Evening in SoHo,” giving guests a chance to check off several on their holiday shopping list.

Watts, quite the social butterfly as of late, joined The Line’s Vanessa Traina as well as Joseph Altuzarra, Taryn Toomey, of cult fitness studio The Class, Lauren Remington Platt, Leandra Medine and more for an evening of Champagne sipping and perusing the offerings at the Greene Street loft.

With 10 percent of the evening’s proceeds benefitting Every Mother Counts, Christy Turlington’s charity focused on childbirth and pregnancy safety, guests were feeling an extra incentive to spend. “It’s for charity!” one attendee said assuredly as she paused over a particularly hefty price tag.

“This is a very chic place, I had never been here prior to two days ago,” said Westman, who will spend her holiday in Bedford, N.Y., with husband David Neville, and her family in from Sweden. “We’re going to take turns moving in!” added Murphy.

Murphy will be having her first New York City Christmas, before escaping to Tulum for New Year’s on a mother-daughter trip. On the agenda? “Lots of margaritas and yoga, decompressing,” she said.

And did her cohost title give Murphy a leg up on the night’s shopping? “I haven’t even started – I’ve been too busy drinking Champagne.”