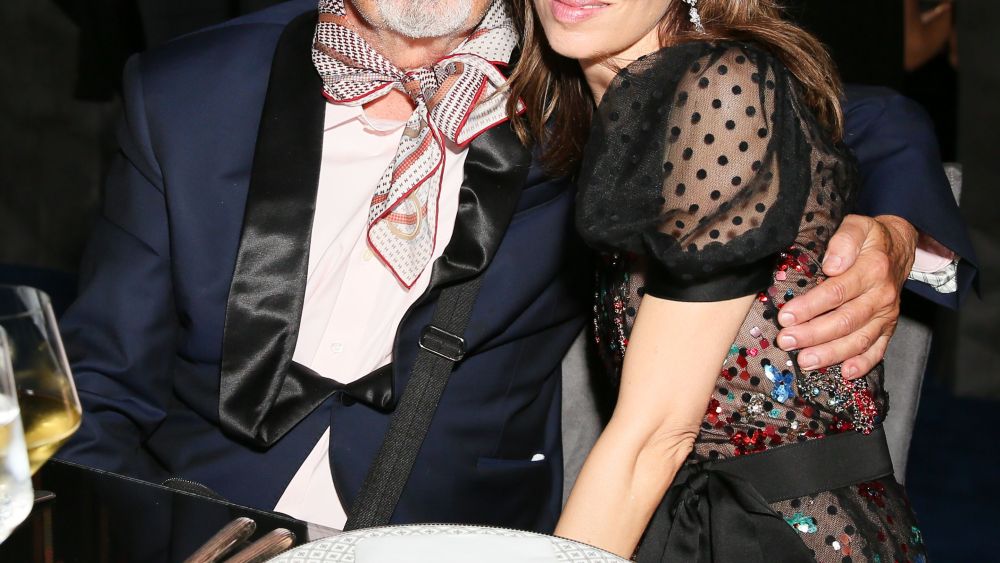 On any other occasion, drinking aboard a New York Water Taxi would be met with a violation of the ferry’s rules. But on Monday night, when Cartier hired a fleet of black cars, then ferries, then branded trolleys to escort guests to a makeshift structure on Governors Island for the Résonances de Cartier Launch gala, regulations went out the window. It’s Cartier, after all — cue the Champagne.

“Oh, it was fine,” said Stewart of her ferry ride over, which she noted was not her first. “Oh yeah. I go around here. But I take boats too.” An inkling tells us such boats are a tad fancier than the yellow water taxi she rode over on.

“The trolley was quite interesting,” Boutella said. “I’ve been on a few boats — I’m not very good with boats, usually. I pulled through. I don’t usually feel safe.”

“I haven’t taken the ferry in like…I think ever. Not in recent memory,” said Wu. “I was like, ‘If we’re going to do a ferry and a bus, let’s do Cartier.’”

“It was awesome, we got Champagne split so I’m a pig in s–t,” said Kargman of the ride. “I’m pretty sure [Champagne on a ferry] is illegal in most states.”

The “Odd Mom Out” creator chose a midcalf velvet dress for the evening, with a little help from adhesive undergarments. “I’m wearing my first boob tape and I already survived a ferry sneeze,” she said. “So we’re good — I’m intact.”

Cartier ambassador Bianca Brandolini said that despite being a jewelry girl, she usually dresses from the clothes up — unless, of course, Cartier is involved.

“If there’s a specific piece that I want to wear or they want me to wear, I’ll pick the dress for the necklace,” she said. “I knew I wanted to wear a nice important necklace [tonight] so I asked to see many of them.”

No plain Jane there.