LONDON — A mere few days after taking over the Shoreditch Town Hall to celebrate the launch of its new “Magnitude” high jewelry collection, Cartier kept the party going.

This time it moved from trendy East London to the English countryside to host the Cartier Queen’s Cup in Windsor, a much-loved yearly tradition by the jeweler that always draws a buzzy crowd looking to take in the polo — and the glamour.

Even though the brand is having a particularly busy social calendar this year — the “Magnitude” collection show space on 180 Strand has already opened to private clients to great response and there’s a slew of events throughout the next week, from Marvel movie premieres to piano concerts, to entertain them — Laurent Feniou, Cartier’s U.K. managing director, said hosting the Queen’s Cup remains “a very important moment” to keep reaffirming the brand’s long-standing relationship with the U.K. and an opportunity to showcase what Cartier stands for today. 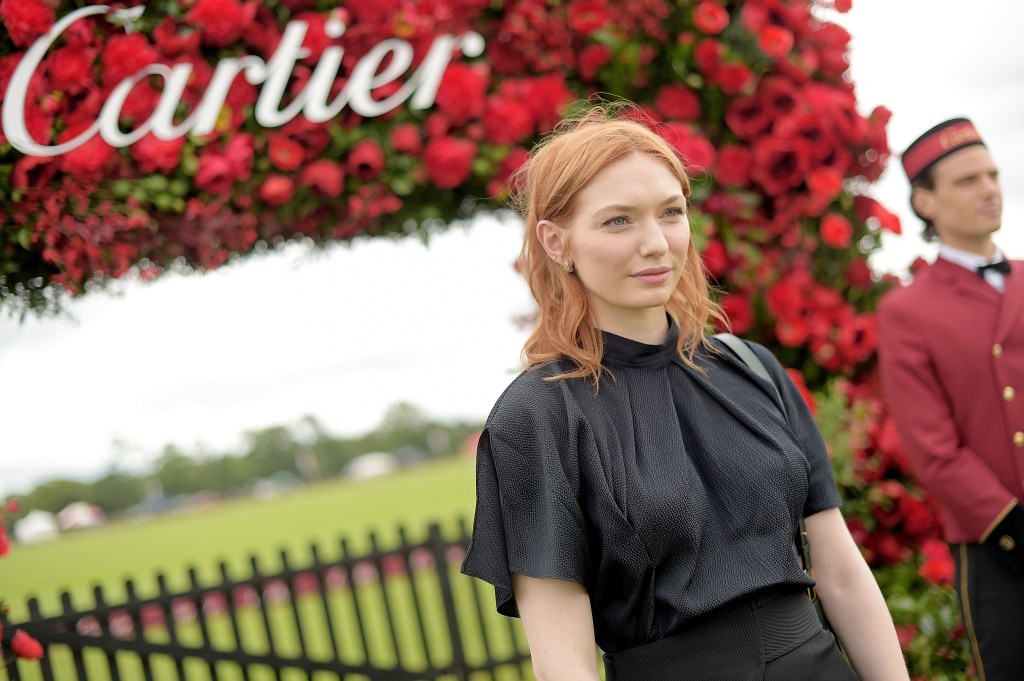 For Feniou, this means highlighting a marriage between modernity and tradition, hence the mix of young faces with longtime friends of the label, Queen Elizabeth II included.

The British monarch made her usual flash appearance at the event, taking in the game in the Royal box and presenting the award to the winning team Scone Polo, dressed in a hot pink tweed coat and matching hat.

“I loved the Queen’s outfit, pink has been my favorite color lately,” said Anderson, who joined the Queen in the Royal box and tried to learn the rules of the game. “This is my first time watching the polo, so I had no idea what’s going on. I’ve learnt a lot, though, because I was surrounded by real pros,” added Anderson, who strolled around the grounds with her fellow models flaunting her Cartier “Clash” necklace and enjoying the margarita and tacos stand that the jeweler indulged guests with. 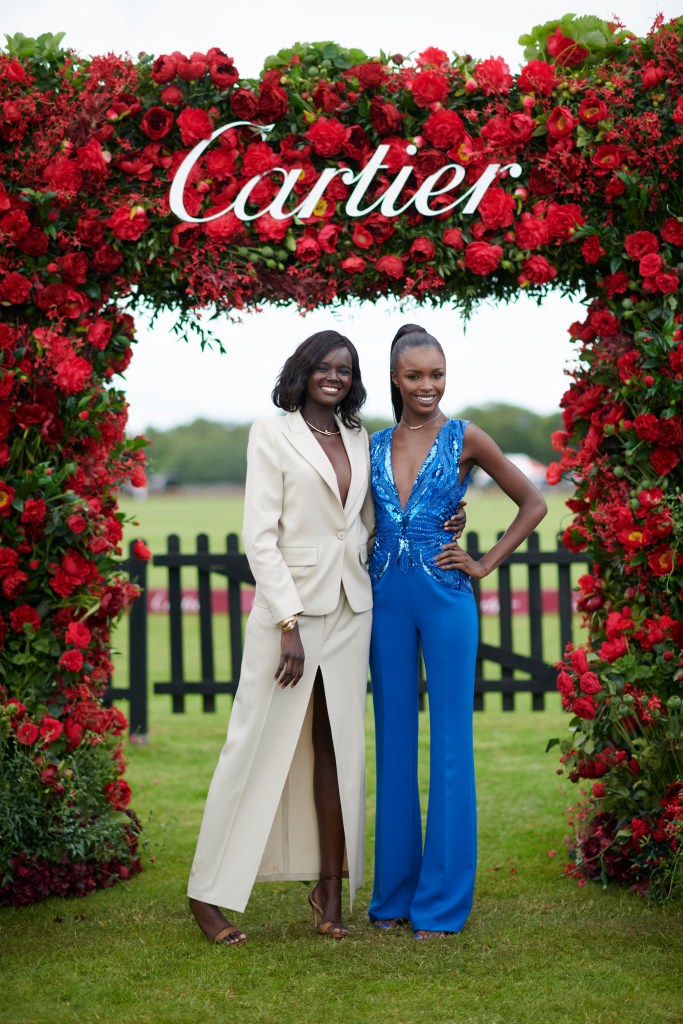 “I’m flying to L.A. in a few days and I’ve been working a lot more with Victoria’s Secret, now that I’ve become an Angel for them. Basically I have no idea what’s happening in the next two weeks but I’m enjoying the ride,” she said.

In true British style, the moody weather and figuring out the rules of the game were a big part of the conversation on Sunday afternoon.

“I just pretend I know [the exact rules]. What I told my kids is that it’s a guy on a horse hitting the ball with a stick. But if you look attentively, it really is impressive what they’re doing,” said Dellal, who looked her usual glamorous self in a white broderie anglaise midi dress. 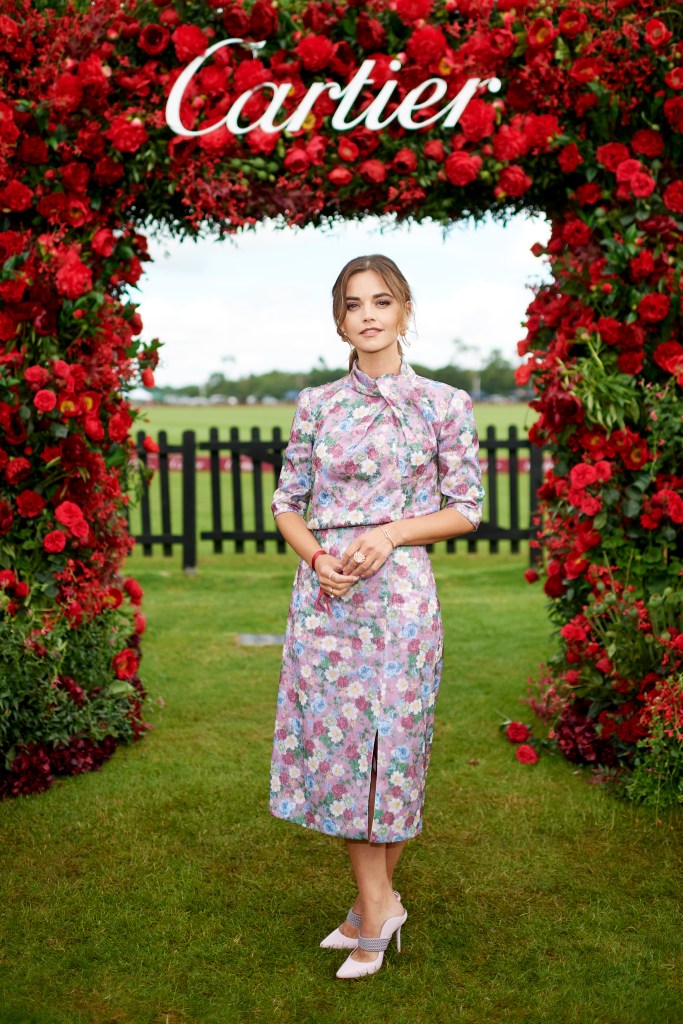