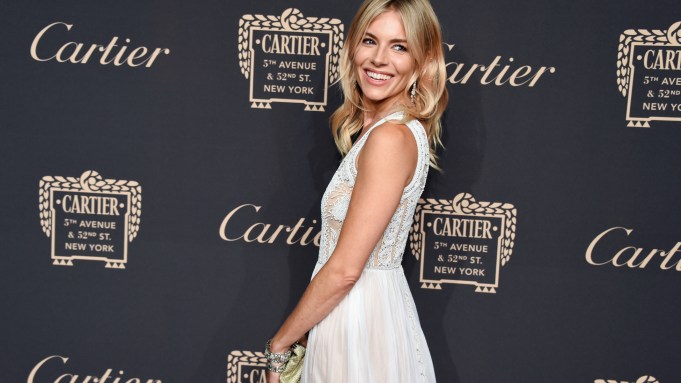 It took longer than expected, but Cartier at last was able to fete the culmination of a lengthy and costly renovation of its historic Fifth Avenue flagship on Wednesday night. And the results were generally applauded. Summoned by a three-foot engraved invitation, guests — some members of the event’s “host committee” — included Rooney Mara, Chloë Grace Moretz and Sienna Miller.

“I think it’s always great to see someone preserve their heritage. I think they did a great job in keeping with the history of Cartier,” Sofia Coppola said of the store, originally built as a residence and acquired by Cartier in 1917.

“I personally think they do beautiful work. I’m very interested in how they preserve and expand the architecture of this beautiful historic building. The Cartier foundation in Paris has sponsored my work and has been very good to me and I wanted to come pay my respects,” said Patti Smith.

The six-floor mansion was stacked with entertainment and refreshments on each level. One floor played home to a modern performance by corps members from the New York City Ballet. Another induced hysteria with a serve-yourself caviar bar, laden with tins from Petrossian. The top level was turned into a nightclub, with Paul Sevigny stationed within a DJ booth on the store’s rooftop terrace.

At each turn, another friend of the maison materialized — from Uma Thurman to Chuck Close. At nearly 9 p.m., Martha Stewart appeared. “I think it’s terribly important, it’s a beautiful New York mansion that should be preserved and Thierry Despont did it. He is a friend of mine, I came to see what he has done.”

But as one of America’s tastemakers, were the store’s aesthetics up to snuff? “I think the couches are a little masculine,” said Stewart. “They are not appealing too much to females, maybe they’re thinking men are going to buy everything. I’m not complaining, though, I think it’s extremely lovely — I like the photographs.”

At 9:30 p.m., guests were ushered across Fifth Avenue to an event after party. Men dressed in Cartier bellhop costumes lined up in two columns, creating a walkway across the avenue. But for all its efforts that evening, it appeared Cartier didn’t muster the pull to shut down traffic, as the men had to quickly disperse each time the traffic signal turned green, reforming the walkway on a constant four-minute rotation.

The journey led to a two-level multiroom nightclub. Among the attractions was a foggy room with an unfilled bathtub, meant to resemble the lascivious Paris boite Les Bains Douches. It proved to be a popular selfie station for the outwardly Champagne-fueled.