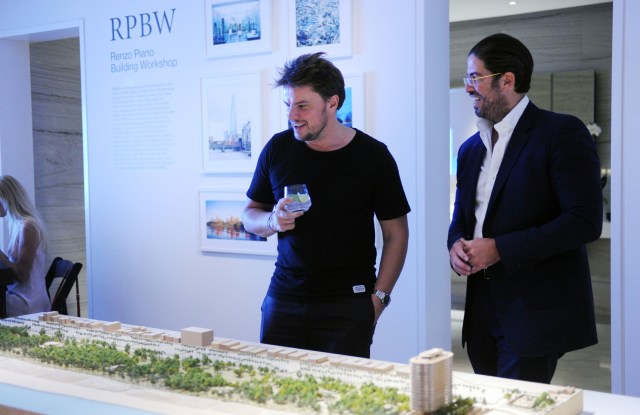 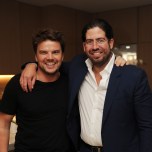 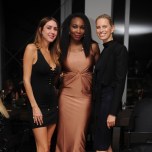 “I’ve come from rainy New York and feel like I’ve arrived on another planet,” said Deborra-Lee Furness Thursday night from the distinctly non-New York community of Surfside, Fla., just south of Bal Harbour and several miles north of South Beach. The Miami neighborhood was host to a vibrant Art Basel party to celebrate Eighty Seven Park, a streamlined apartment building under development designed by Renzo Piano. “It’s a cultural experience coming to something like this,” Furness added. “It’s a different world.”

Many Miamians who came were especially keen to check out the building, an anchor of the transformation of the overall North Beach area. “I love this project because it’s different from everything else that’s going on in Miami,” said hairstylist Oribe Canales, who has been based in Miami for over a decade. “The geography’s very interesting, because it’s not Bal Harbour, and the beach is beautiful.”

The sentiment was shared by the mayor of Miami Beach, Philip Levine, who stopped by during a busy week. “At Basel there are so many incredible events, but this is one I didn’t want to miss, because this project is really part of the renaissance of the North Beach area,” he said. “North Beach is different from South Beach: it’s hip, it’s a little more low-key, it’s a little less crowded. It’s bohemian and it has its own style.”

Isabel and Ruben Toledo, both Cuban-American, were there, too, on their first trip to Miami post-Castro. “We’re not here to celebrate [his passing], but I’m very excited about the change and to see what happens,” Isabel said. “I think everybody’s very optimistic.”

“There’s a really interesting feeling because of Cuba opening up again,” her husband, who is creating distinctive illustrations for the property, added. “All our Cuban friends are so excited to take off and go there.”

The Toledos were planning on spending the next day seeing art, including José Parlá’s installation at YoungArts. Some guests, like Venus Williams, have been focusing their days on less cultural pursuits. “I’ve been trying to figure out how to train and then be fabulous in the evening,” she smiled. “I got two workouts in before noon today, so you get up early and you figure it out.”