There Is a Cat Fashion Show, and It’s Held in New York City’s Algonquin Hotel

Photographers snapped cats dressed in Twenties fashion, every iPhone in the house was out and taking videos, and the cats — well, they just sort of sat there. 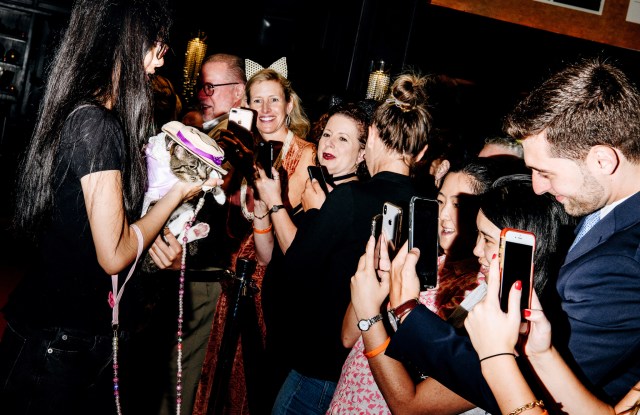 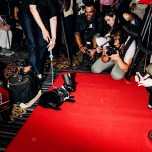 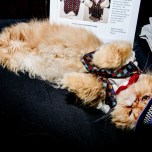 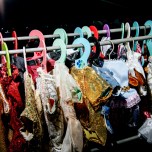 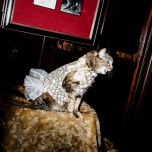 It’s not just a joke from the movie “Anchorman” — there’s a real, live cat fashion show and it’s held yearly at The Algonquin Hotel in New York City.

On Aug. 2, owners showed off their cats dressed in fashions by certified animal fashion designer Ada Nieves in celebration of the new in-house cat of The Algonquin, Hamlet VIII. Hamlet was born a street cat, but was rescued and brought into his newfound home this year. The place was mobbed — turnout rivaled that of some of the most in-demand New York Fashion Week parties. Photographers snapped pictures using enormous flashes, every iPhone in the house was out and taking videos, and the cats — well, they just sort of sat there and blinked.

Except one: Mango, who was dressed as Charlie Chaplin, in keeping with this year’s theme “The Purring Twenties.” When his owner reached the front desk (which had been turned into the viewing area for the cats), Mango thrashed about wildly, trying to remove his top hat and get away from the flashes. Poor guy.

“These two absolutely love it,” she said. “I don’t teach them to be calm, they teach me that they are calm. They’ve shown me in their personalities that they are relaxed, and I listen to that. If you don’t listen to your cats’ personalities, then they’re just objects to you.”

Siobhan Moore, a breeder, had three cats showing on the runway. She said her cats are show cats, and have competed in multiple competitions around the East Coast, West Coast and in Canada.

“When I first started breeding the Persians and Himalayans, people told me, ‘Prepare for half your litter to die,’” she said, fixing the cat ears she wore on her head and dusting cat hair off of her black tank top. “And yes, these two came from a litter of six and they were the only survivors.

“There’s a little Siamese mixed in those Himmies,” she added. “Gives them an edge.”

On hand at the show was The Algonquin’s resident Reiki cat healer, Carole Wilbourn. She sat on a table, clothed in whisker-printed tights and shoes with cats on them, and explained that she comes in once every few weeks to perform Reiki treatment on Hamlet. She initially “helped Hamlet with the transition from street cat to indoor cat,” she said. Her method of Reiki involves touching Hamlet to transfer energy, petting him, and also performing what’s called distant Reiki, which involves giving Hamlet mental Reiki by putting symbols she wants to show him through her mind.

Wilbourn, who has written six books including “Cats on the Couch” and “Cats Prefer It This Way,” said she once cured a friend’s cat through distant Reiki. Her friend’s son had accidentally put their family cat in the dryer with articles of clothing, and ran the machine. The cat emerged blistered and traumatized, but Wilbourn said the cat lived through the ordeal — in part because of her Reiki treatment.

After the fashion show at The Algonquin, a silent auction was held to raise money for the Mayor’s Alliance for NYC’s Animals.

Chicano Batman Nerds Out About Music at Panorama

Meet Artist Trina Merry, Sticking Out by Blending In