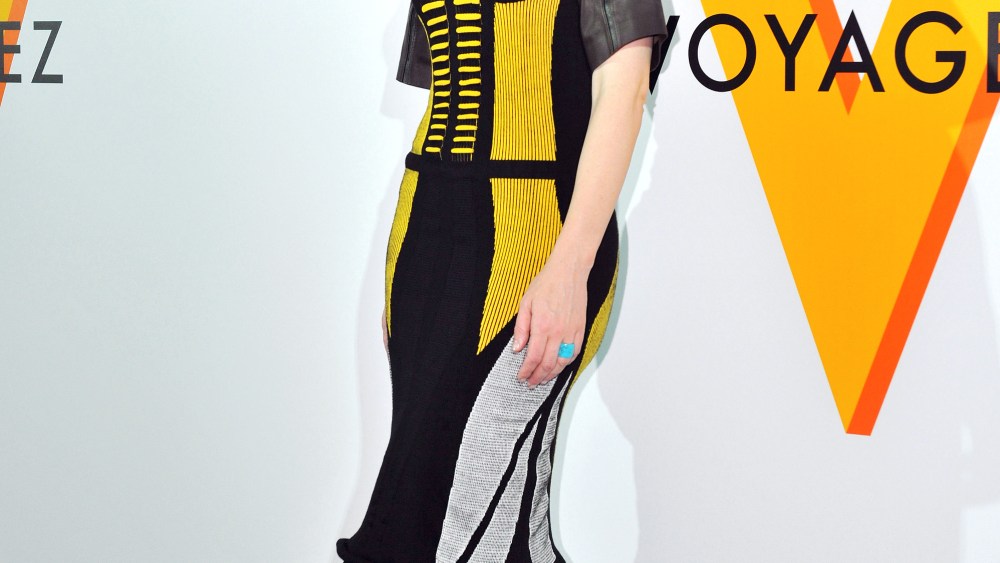 TOKYO — Despite on-and-off rain and wind, the stars came out Thursday night in the Japanese capital. Louis Vuitton was staging a preview and cocktail reception for its “Volez, Voguez, Voyagez” exhibition, which debuted in Paris and is now making a stop in Asia.

Celebrities from near and far attended the event, with Cate Blanchett and Sofia Coppola among the biggest names. But as parties go, it was relatively small in scale and with a decidedly toned-down mood. Fitting, perhaps, considering the recent earthquakes in southern Japan.

“It’s a terrible time obviously for the Japanese people, with the earthquake trends,” Blanchett said. “It’s such a geologically volatile country, but it’s so full of beauty.”

The actress was last in Tokyo at the beginning of the year, when she took her son to watch a sumo tournament. “This is a slightly different experience,” she said with a laugh.

This time Blanchett was in town for only a matter of hours, giving her little chance to partake in cultural activities. She arrived Thursday morning and left again the same night for her home country of Australia, where she will be taking some time off before she begins work on her next project, the latest in Marvel’s “Thor” superhero franchise, this summer. She drew the attention of other partygoers in a black, white and ochre knit fishtail dress that showed off her statuesque figure. She accessorized the leather-sleeved piece from Louis Vuitton’s fall collection with a single dangling gold earring and a chunky aqua-colored ring.

Coppola, in a simple black dress under a red tweed coat, echoed Blanchett’s thoughts on recent events in Japan. “I’m thinking about the people in the south with the earthquake — that was sad news,” she said. “But otherwise it’s always fun to be here.” The director said, during the few days she was in Tokyo, she enjoyed shopping in areas such as Shibuya and Harajuku and eating great food.

The “Volez, Voguez, Voyagez” exhibition is being held in a specially constructed building in Tokyo’s Kioicho neighborhood, just a short distance from the Hotel New Otani, which was home to the very first Louis Vuitton store in Asia. The exhibit will next cross the oceans as it makes its way to New York.