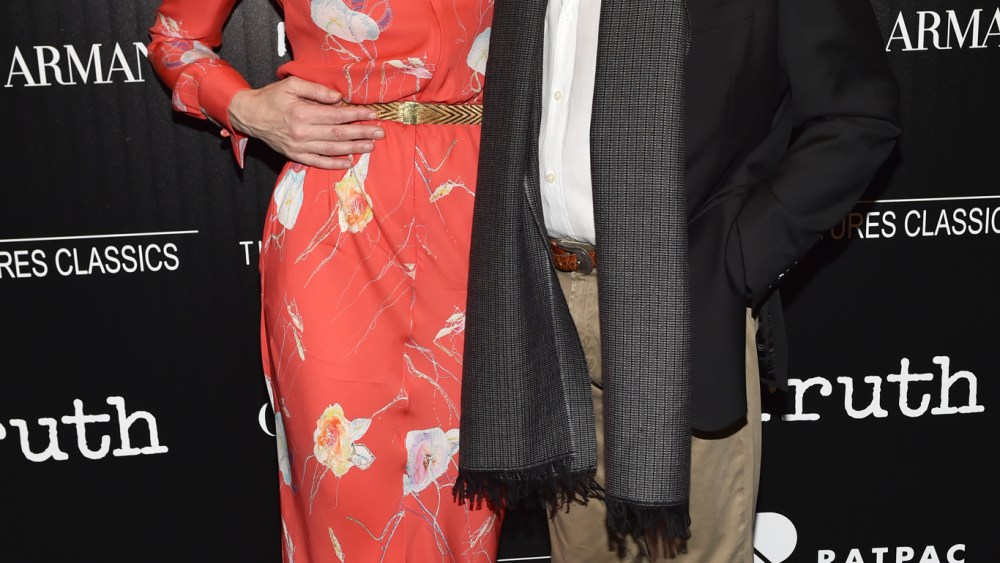 “I heard someone say as I walked in, forget Cate Blanchett, forget Robert Redford — Dan Rather is here,” said first-time director James Vanderbilt Wednesday night at the premiere of his film “Truth.” Yes, journalism was the star of the evening, from the red carpet to the film, which tells the story of the CBS anchor and his “60 Minutes” producer Mary Mapes’ infamous ousting after their broadcast questioning George W. Bush’s military service.

“I felt like it was a huge practical joke, and they were going to call me up and tell me ‘ehh, just kidding, Mary,’” said Mapes, speaking about when she first found out the film, based on her 2005 memoir “Truth and Duty: The Press, The President And The Privilege of Power,” would be made. “It’s outrageous,” she continued, noting the star cast — she’s played by Blanchett. “That man played my husband” — she gestured to John Benjamin Hickey (dapper in Giorgio Armani, the evening’s sponsor) — “I’ve never even met him.”

When Mapes and Rather aired the Killian documents, as they’re known, insinuating that President Bush had evaded combat duty in the Vietnam War, they were met with criticism from all sides — the Internet, the Bush administration and their own bosses. “I think what’s amazing about this story is that it was the first time the internet kind of rose up and affected a story with such amazing speed,” said Vanderbilt. “Now that’s what we live with everyday. For Mary and Dan and CBS, they were completely taken aback by that. So that was fascinating, to be able to dramatize what I think is a fulcrum point in the history of journalism and media.”

Though Mapes and Rather were met with roaring applause as Vanderbilt introduced them to a crowded theater inside the Museum of Modern Art, CBS, for one, had issued an antagonizing statement to The Hollywood Reporter earlier in the week. “It’s astounding how little truth there is in ‘Truth,’” it read. “There are, in fact, too many distortions, evasions and baseless conspiracy theories to enumerate them all. The film tries to turn gross errors of journalism and judgment into acts of heroism and martyrdom. That’s a disservice not just to the public but to journalists across the world who go out everyday and do everything within their power, sometimes at great risk to themselves, to get the story right.”

But the film’s stars contest that getting the story right was more important than hyperbolizing their characters. “The film is quite measured, and in the end it doesn’t answer questions, it asks more than it answers, which I think is great,” said Blanchett, in Giorgio Armani. “It’s a very human story but it’s also about the media crossroads, a crossroads that I don’t know if [the public has] completely analyzed.”

“What was the story? You never found out because it came and went so fast,” said Redford. “Fifteen years later is the chance to really tell the story and let the public see it and judge for themselves, what they think about it.” After playing the part of Rather, Redford himself doesn’t know what to make of the controversy. Asked if he thought the documents were legitimate, he responded, “I don’t know. I think you have to be in the middle to make those decisions. I just know there’s a good story there that needed to be told.”