The fete drew other major female celebs and a host of handsome men. 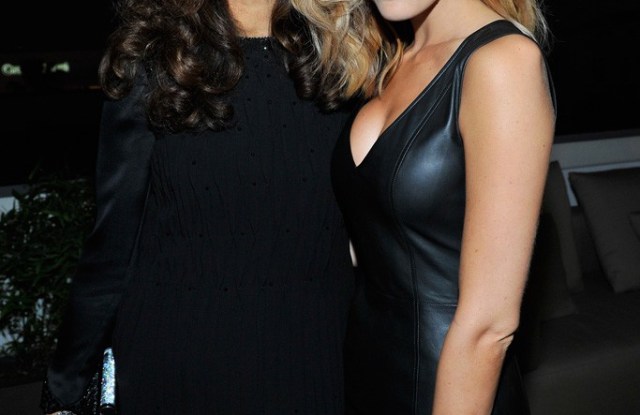 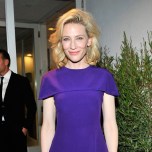 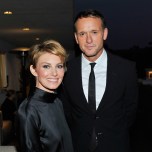 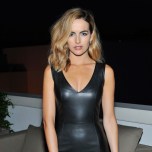 “It’s nice to have a bit of air. Last year was it was a bit hot.” So said 2014 Oscar winner Cate Blanchett, who returned to Giorgio Armani’s Rodeo Drive boutique to co-host the annual party at which she was guest of honor last year. Blanchett was referring to the switch-up in location from the store’s ground floor to its rooftop terrace, but she may as well have been speaking about the comparatively relaxed state of the last 12 months leading up to this year’s Oscar weekend. After all, the crowning winner could take a moment to rest on her laurels.

“Last year was an extraordinary ride and a completely unexpected one, but it’s really humbling because then it rolls on, a whole other year happens, and you just have to plow on with your work,” she said. “Some people are really great about working constantly but I need some space. I’m very slow, so I think I’m just going to take some time.”

Of course, Blanchett’s idea of taking it easy is different than most people’s. “After last awards season, I made a film with Todd Haynes and Rooney Mara called ‘Carol’ based on Patricia Highsmith’s first novel, which Sandy Powell did the costumes for, then I did a play in New York [“The Maids”] I might do another play in the middle of the year. I’ll see.” She forgot to mention that she’s also starring in “The Present” this August at Sydney Theatre Company, where her husband Andrew Upton is creative director. But perhaps there’s a reason for that. “When I saw ‘Still Alice,’ I said to my husband, ‘I’m sure I have early onset Alzheimer’s’ because there were moments Julianne [Moore] depicted so beautifully of the memory loss of a word. I think it’s because we are so busy trying to remember so much garbage that we forget which bits are important.”

The terrace was also packed with other major female celebs, including Lauren Hutton, Nastassja Kinski, Maria Shriver and Faith Hill, who was enjoying her Hollywood break away from Nashville. “My husband is performing at the Oscars so we’ll be having fun,” she said. “This time of year is never boring,” said co-host Roberta Armani, who was just in Los Angeles hosting a Grammy party earlier this month and will be high-tailing it back to Milan for the Armani show next week. “But we like to keep things interesting.”

As usual, the fete also drew a host of handsome men, including Chris Pine, Scott Eastwood, Armie Hammer, Paul Wesley, Chadwick Boseman and Matt Bomer. “It’s a lot of long days and nights, especially when you are child-rearing,” said Bomer of negotiating awards season and his young children with husband Simon Halls. His secret to getting through it all looking flawless? “I love an Armani suit, and I drink seltzer water with lime at all these things. That way, you’re staying hydrated, while everyone else thinks you are getting your swirl on.”