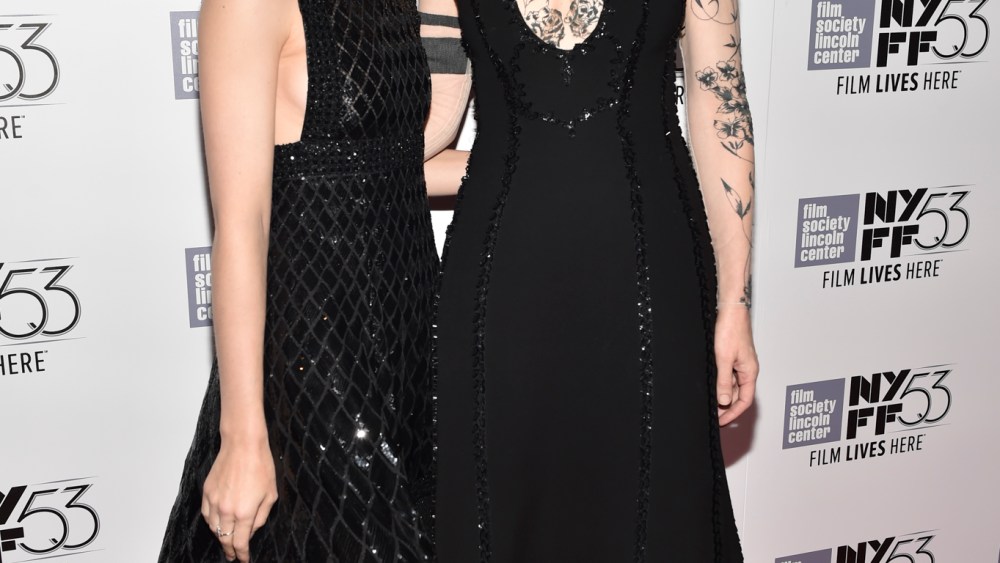 On the penultimate night of the New York Film Festival, which wrapped its two-week run at Alice Tully Hall on Saturday, Cate Blanchett and Rooney Mara were on hand to screen their highly anticipated film “Carol,” from director Todd Haynes. The drama, which also stars Sarah Paulson and Kyle Chandler, is the love story between Mara’s character, a young shop girl named Therese, and the older, married Carol Aird, played by Blanchett, in Eisenhower-era New York.

The screening was a homecoming for Haynes — soon to be the subject of major retrospectives at the Film Society at Lincoln Center and Minneapolis’ Walker Art Center — after an acclaimed run at the Cannes Film Festival, where “Carol” was described as “a moment in history.”

In a long career mainly in independent film, Haynes has made a name for himself for work anchored by strong female characters and his latest is no different. Needless to say, that’s what drew his leads to the project.

“The first [Todd Haynes film] I ever saw was ‘Far From Heaven,’ I think,” said Mara, who tied for the best actress prize at Cannes with Emmanuelle Bercot of “Mon Roi.” “I was always a huge fan.”

“When I was at drama school someone had a bootleg copy of ‘Superstar,’” Blanchett said referring to Haynes’ infamous biopic of Karen Carpenter employing only Barbie dolls. “And I thought, ‘This is probably the only filmmaker on the planet who can probably make me weep as a bulimic Barbie doll barfs into the toilet while her mother is screaming at her.’”

“Carol” is her second film with the director after “I’m Not Here,” where she played Bob Dylan, a role that earned her a fourth Oscar nomination. “Todd’s an outsider,” she said. “And from an aesthetic point of view he’s always sort of looking at the world from this world entirely differently than everybody else.”

The director himself revealed he was late to read Patricia Highsmith’s novel “The Price of Salt,” from which the film is adapted. “All my lesbian friends were like, ‘What? You’ve never read ‘The Price of Salt?’ I’m ashamed that we call you a mascot,’” he said.

Once he did, he was struck by its place in the body of work of an author best known for her crime fiction.

“It is completely consistent with her criminal subjects, and yet the only crime Therese is committing is falling in love,” he said. “There’s something really universal of those tiny first steps about falling in love.”