The actress joined fellow muse Betty Catroux and friends of the house at an intimate inauguration ceremony for the museum on Thursday night. 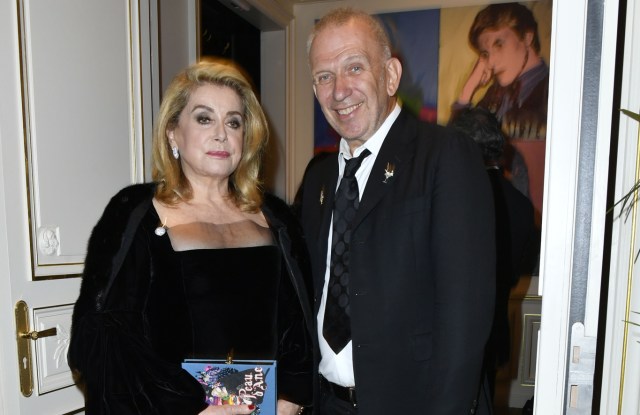 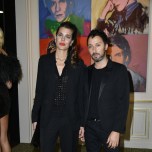 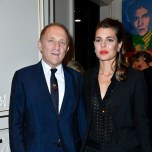 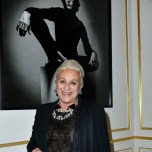 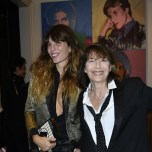 FRIENDS REUNITED: It was a homecoming of sorts for several of the guests attending the official inauguration of the Musée Yves Saint Laurent Paris on Thursday night. Hosting the night was the house of Yves Saint Laurent and its creative director, Anthony Vaccarello, with a dinner held at the Hôtel Potocki.

Located in the brand’s historical couture house at 5 Avenue Marceau, where Yves Saint Laurent designed and created his work for almost 30 years, from 1974 to 2002, and initiated by the late Pierre Bergé, who died Sept. 8, the museum will open to the public on Oct. 3. The opening will be followed by that of the Musée Yves Saint Laurent Marrakech, which opens to the public on Oct. 19.

Guests including Catherine Deneuve, Salma Hayek and François-Henri Pinault, Bianca Jagger, Charlotte Casiraghi, Farida Khelfa, Jean Paul Gaultier, and Jane Birkin and Lou Doillon took in a range of Saint Laurent’s most iconic and significant designs including prototypes of the first Smoking from fall 1966, the Sahara jacket, from spring 1968, and the Mondrian dress, also from 1966, before gathering in the designer’s studio, filled with his work tools, art and belongings, as if he had just walked out of the room. There was even a water bowl for his dog Moujik still on the floor.

For Saint Laurent muse Betty Catroux, it was full of memories. “I feel at home. I used to come just to give him a kiss him and be naughty for five minutes,” she said with a laugh. “I’m very emotional but also feel proud because it’s heaven, it’s so merited. He was a genius and he really deserves to have a museum.

“Of course I’m especially moved when I see my kinds of clothes; the jumpsuits, the Smoking, everything that I wore, that I love more than anything else,” added the style icon. “It’s second skin to me.”

Throwing her arms around friends of the house, and emitting a raucous laugh which, she claimed, was the reason Saint Laurent hired her, Hélène de Ludinghausen, who was inspector of boutiques at Yves Saint Laurent from 1969 to 1971 and the house’s couture director from 1971 to 2002, also shared her impressions. She was jovial but straight-talking.

“[Today] I come to a house that is no longer mine, because it’s no longer theirs, because they are not here. When they were here, there was life in this house, and for all of us who’ve been here a very long time, it’s the same. For new people to discover it, to understand it, to love it, it’s wonderful, but for me, it’s a closed book.

“You can’t go back to something that no longer is,” added de Ludinghausen. “It’s a wonderful story for younger people, or the world in general, to discover these two outstanding men. One was an extraordinary artist, and the other one made everything happen.”

Marisa Berenson’s eyes glistened as she shared her memories. “I’m very moved by all of this because I think back to when they were alive and going into the studio here and seeing Yves and Loulou [de la Falaise], having known them so well and loved them so much and seen them creating all of this is so moving. It breaks one’s heart that they’re not here anymore but of course what they’ve left behind is so extraordinary.

“When you think of the worlds today and yesterday, you don’t find these kinds of people anymore,” she added. “Yves and Loulou and Pierre we mourn enormously. They’ve left us this incredible patrimony of life, beauty, energy and love.”

Taking in a crystal heart that was one of Saint Laurent’s good luck tokens, Deneuve saluted the amazing job the museum’s organizers have done, but was having a hard time taking it all in. “I’m feeling very emotional. I think I’m going to have to come back and see it by day when it’s quieter. But they’ve covered everything, it’s magnificent,” said the actress.