Carlos Mota has been feeling similarly spent these days, as he's been promoting his new book, "Flowers: Chic and Cheap." 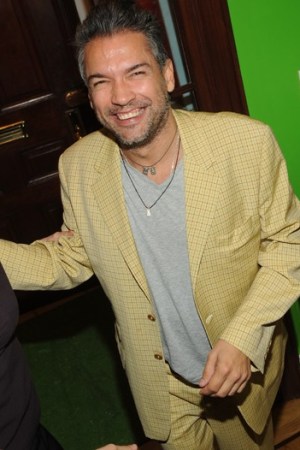 Carlos Mota has been feeling similarly spent these days, as he’s been promoting his new book, “Flowers: Chic and Cheap.” “It’s exhausting,” Mota said, sitting down for a dinner at John Demsey’s home that was thrown in his honor by Jo Malone. It was Mota’s third “Chic and Cheap” New York celebration, and several friends who had been to the previous events were making repeat appearances. Amanda and Christopher Brooks, Celerie Kemble, Marjorie Gubelmann, Rachel Roy, Allison Sarofim, Anne McNally, Bill Powers and Cynthia Rowley (in a new short do cut by the hairstylist she used for her resort presentation), Jennifer Creel and Rachel and Ara Hovnanian dined on crab salad, chicken and haricots verts (Cornelia Guest catered) while admiring the orchids at their place settings and peonies in the centerpieces. And while more than one guest made comparisons between the book title and its author, Mota set the record straight when it came to the evening. “Thank you for coming to this dinner,” he told guests, “which is chic, but not cheap.”