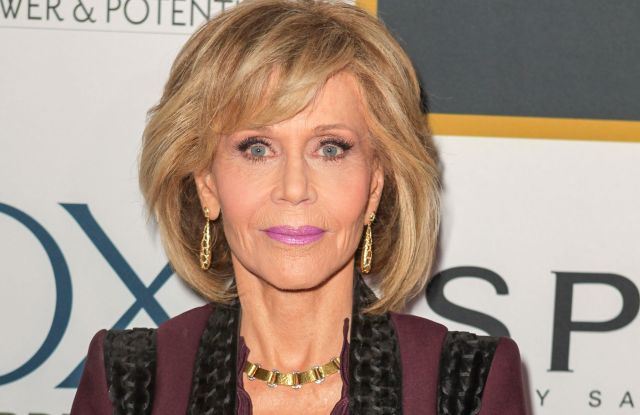 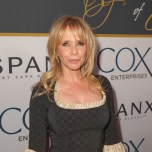 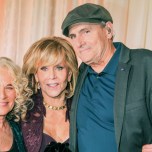 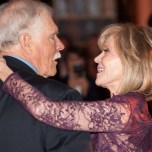 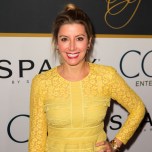 Jane Fonda looked back on her many personal and professional achievements Saturday night with a black tie dinner celebrating her 80th birthday. Held at The Whitley hotel in Atlanta, the evening was hosted by the Georgia Campaign for Adolescent Power and Potential, a nonprofit the actress founded in 1995 to help at-risk youth in the southern U.S. state.

“I feel good that I’m still around — I didn’t expect it,” said Fonda with a laugh. The actress, who wore a merlot-colored Elie Saab pantsuit for the milestone occasion, reflected on the shifting tide in Hollywood brought on by the allegations against Harvey Weinstein.

“I’m in constant communication with just about every actress in Hollywood you’ve ever heard of around the issues of the Me Too movement,” she explained. “We’re not going to let this moment just disappear. This is going to be a turning point where we put an end to sexual assault and harassment.”

The evening, which raised $1.3 million for the organization, boasted an eight-course menu (each course representing a decade of Fonda’s life) created by chef and restaurateur Alice Waters. Although a sudden snowstorm thwarted the attendance of many of Fonda’s pals, including Kerry Washington, Diane Lane and “Grace and Frankie” costar Lily Tomlin, the entertainer and activist was joined by many others who lauded her life’s work, including ex-husband Ted Turner, Spanx founder Sara Blakely and actress Catherine Keener.

“Most people when they’re 80 are kicking back; she’s just cranking it up,” said GCAPP president and chief executive officer Kim Nolte. “I’ve never seen anybody work as hard as Jane.”

Rosanna Arquette applauded Fonda’s tireless voice for political and social causes and also remarked on her relief that revelations of sexual abuse in Hollywood are finally coming to light. “It did affect my career, no matter what anybody wants to say,” said the “Pulp Fiction” actress, who said her professional opportunities suffered when she resisted unwanted advances from industry heavyweights, including Weinstein. “I was in a period of time as part of the A-list and immediately it started spiraling. I’d be at a dinner party and somebody would say, ‘Oh, well she’s really difficult.’ So many women have been living in shame and fear and that needs to stop.”

Dolly Parton, who was unable to attend due to her husband’s health, provided a video message in which she offered a sing along of “9 to 5.” James Taylor and Carole King, longtime friends of the actress, provided the evening’s live entertainment with a medley of their hits before launching into a rendition of “Happy Birthday” as a four-tiered fondant-covered red velvet cake was brought to the stage.

Oprah Winfrey, in another video speech, made a $100,000 donation to GCAPP. “You literally are through your advocacy and through your actions a master class in motion,” said the television mogul.

“It’s kind of nice being 80,” remarked Fonda in her own speech to the crowd. “The most important thing that’s good about being old, for me anyway, is I have seen people profoundly transform. It gives you optimism. I know the degree to which people can change.”