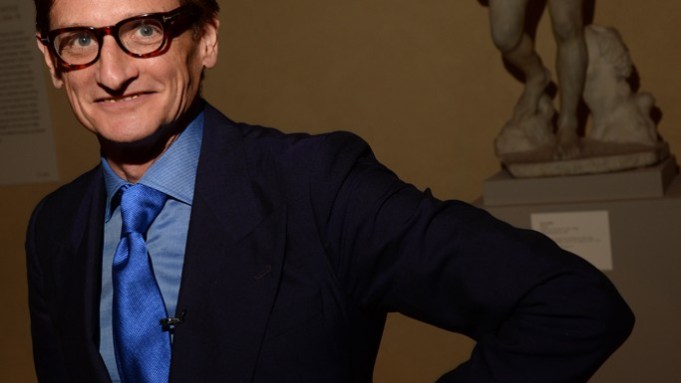 On Thursday night, the Metropolitan Museum of Art in Manhattan played host to a small-scale version of the Costume Institute’s annual ball.

The gala was toasting itself.

Abrams is publishing a book covering the last 13 years of the galas and its exhibits, including the most recent, “Charles James: Beyond Fashion” and “Jacqueline Kennedy: The White House Years,” and a book signing was in order by its authors, Vogue international editor at large Hamish Bowles and social editor Chloe Malle.

Bowles’ first immersible experience with the museum was curating the Kennedy exhibit, a Herculean effort that required the globe-trotter to take a sabbatical from the magazine. “He’s somebody who, despite the languorous effect, is one of the hardest workers,” said Harold Koda, the Institute’s curator in charge.

This project was a far less strenuous undertaking — he’d already written about most of the exhibitions in the past. “The book had already written itself miraculously,” Bowles said. “I had to do a tiny bit of tweaking.”

On his way out, Hilfiger stopped by for an autograph. How did he sign it? “For Tommy, love Hamish,” the author wrote.