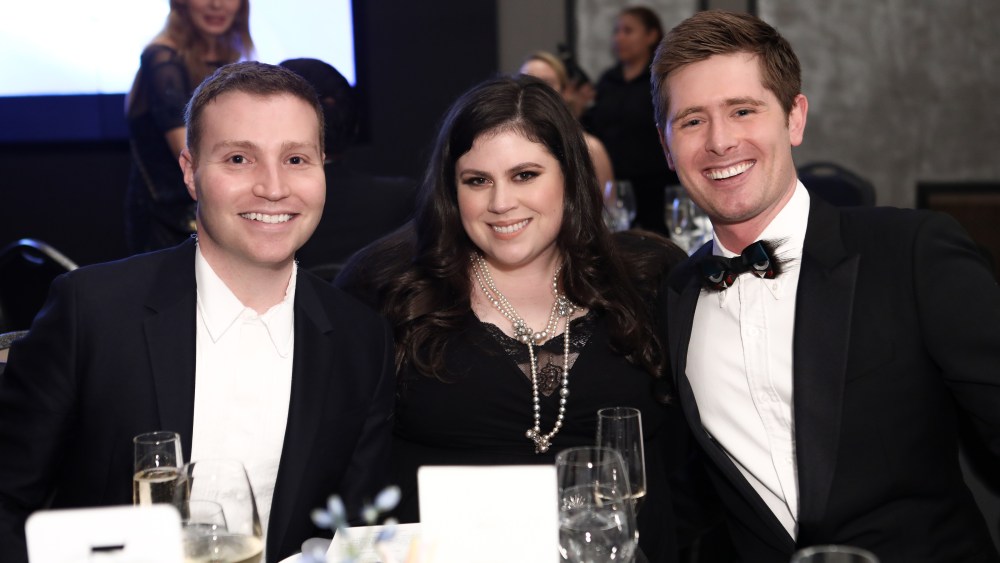 “Come in your finest celestial attire,” read the invitation for the Young Patrons Circle of American Friends of the Louvre’s annual spring gala. Most interpreted celestial attire to mean either all black or all white. But for the more festively inclined, including Copious Row’s David Chines, that translated to Valentino space-themed pants.

“Every year, we come up with a different theme depending on what’s going on at the museum,” Chines explained. This year’s event was named The Astronomer’s Ball after the 1668 painting, “The Astronomer,” by Johannes Vermeer. “Vermeer and the Masters of Genre Painting” is on display at the Louvre museum.

Founded in 2002, the American Friends of the Louvre raises funds to support the Louvre, its exhibitions and collaborations between the museum and American institutions. Its younger branch, the Young Patrons Circle, also supports this mission by targeting young professionals, philanthropists and art enthusiasts in New York. YPC membership for the year is $500 per person. The AFL Patron’s Circle’s yearly membership starts at $5,000 or more for two people.

“The Young Patrons Circle specifically has different causes or different programs which it raises money for,” Chines said. “For example, making sure that all the translations in the museum are in English in addition to French and other languages. A lot of the funds raised at different events have gone toward that. Another one was a mural that was painted in the museum. That’s where a lot of the money goes that’s raised tonight — to different projects within the Louvre.”

The event, held at Forbes on Fifth, started with a cocktail hour featuring Laurent-Perrier Champagne and Président cheese offerings. A three-course dinner was prepared by Jeff Lamperti, executive chef at Forbes Media Corp. The silent auction featured an assortment of goods from Assouline Publishing, Longchamp and Petrossian. L’Occitane en Provence donated gift bags — an assortment of lotion and soap samples.