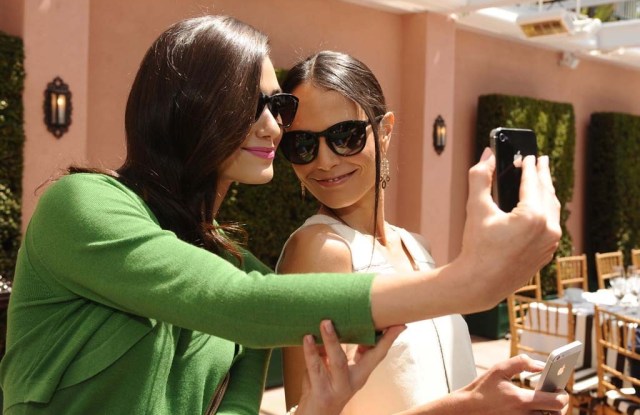 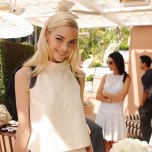 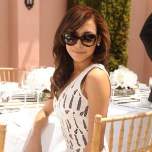 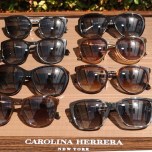 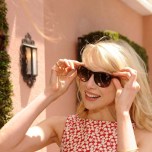 Summer may still be a few months away, but you wouldn’t know it looking at guests at Carolina Herrera’s Archive Print luncheon at the Beverly Hills Hotel on Wednesday. “Our brand has so much history and so many prints,” said Herrera’s daughter Patricia Lansing, who hosted the affair along with Jessica Joffe. “This collection gives a little taste of that back to the public — and this is a totally different price point. You can have your first Carolina Herrera, so to speak.”

The relaxed setting was a seemingly perfect choice for the whimsical collection, though earlier this week a few industry insiders called for a boycott of the establishment and all Dorchester Collection hotels due to its ties to the Sultan of Brunei and his support of new antigay laws.

For her part, Lansing said she was unaware of the movement for a boycott of the Dorchester Collection: “I actually had no idea. I’ve been traveling a lot. Can you fill me in?” Upon learning more, she added, “It’s 2014. I can’t believe this is still happening.…That’s shocking.”

Between the playful prints and the poolside setting, attendees such as Emmy Rossum, Camilla Belle and Jordana Brewster also seemed unaware of the call for a boycott and readily gave in to the summertime vibe.

“Where’s my Carolina Herrera swimsuit?” laughed Naya Rivera, gazing at the pool. “I was just joking to my manager, like, ‘Now that it’s summer vacation, all I want to do is be a Lady Who Lunches.’”

“They should do swimwear in this print,” said Rossum of her vibrant bird-print shorts. “I love a little retro.” Herrera herself wasn’t in attendance, but her presence was clearly felt by the “Shameless” star. “She has a wicked sense of humor,” Rossum said. “We were at a party together a couple weeks ago in New York and we started taking the centerpieces apart together and wearing them.”

Over grilled chicken salads, Brewster and Jaime King discussed motherhood and potential future play dates for their young sons. “It’s been nice to be on hiatus and finally be home,” admitted Brewster, who recently returned after six months shooting her show “Dallas” in Texas. Any exotic vacation plans? “I’m going to work on ‘Fast’ [‘and Furious 7’] then I’ll just chill with [my son] Julian and my husband.”

Sugar cookies emblazoned with the brand’s different prints were served for dessert, but the afternoon’s sweetest surprise was reserved for King. The actress got a rousing rendition of “Happy Birthday” and a candle-lit red velvet cupcake. “I’m so embarrassed,” she said, as visibly red as the dessert, “but this is delightful.”