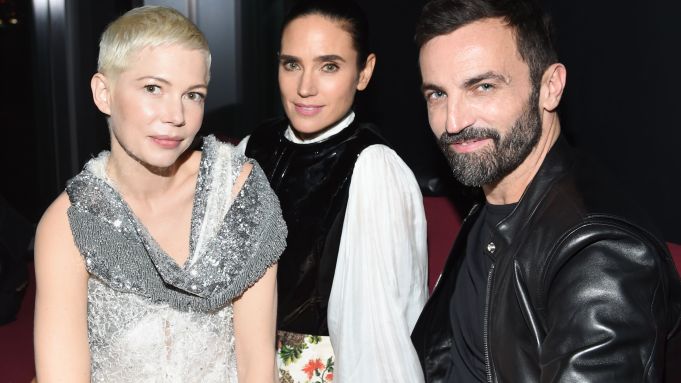 Following similar iterations in Paris, Tokyo and Seoul, the New York version introduced a room of celebrity dresses from some of Vuitton’s most recognized moments on the red carpet over the years — including the metallic gown Negga wore to the Golden Globes earlier this year.

“It’s quite emotional actually, especially seeing the dress that I wore,” she said. “[I wanted to] hug it — hug the mannequin. Of course, I never would’ve expected it. But I knew Nicolas (Ghesquière) was doing something special because when I put it on, I thought ‘this is a one-in-a-million piece.’ And luckily he made it for me.”

Her travel destination of choice is her birth country of Ethiopia. “It was called ‘the hidden country’ for so long, because it’s very mountainous, which is why it’s the only non-colonized country in Africa,” she said. “People don’t think of it as a holiday destination but it has mountains and rivers and deserts — it’s an unexplored territory, and I think I would encourage people to go there.”

Skarsgard milled about, debuting a partially shaved head that pray tell is for an upcoming role. Zendaya and Smith exchanged warm greetings upon running into one another, but when Zendaya’s “Spider-Man: Homecoming” costar Harrier arrived, profanities and squeals emerged.

“I love to travel — it’s a big passion of mine,” Harrier said moments later. The actress has traveled for Vuitton this year, attending its most recent show in Paris and the cruise showing in Kyoto earlier this year.

“Honestly, I love Japan — and I’m not just saying that,” the self-professed travel enthusiast said. “It was so magical and such another world, The experience we had there was really incredible — seeing the show there was amazing. I really love India [also] — that’s a place I’ve traveled to multiple times, and have traveled all over the country. It’s this complete difference from our life in New York but feels very familiar at the same time because of the people.”

After walking through the exhibition, guests were shuttled to Pier 17 for an after party.

“It was cool to learn more of the history, you know?” Zendaya said of the exhibition, after playing the role of photographer for her stylist, Law Roach. “You’re just so used to it being around; it was cool to delve more into the history and what it was originally intended for and made for and the craftsmanship. It was cool to watch the women making the tags. So delicate.”

When asked for her favorite look from the red carpet, she shied away from answering. Better to keep that door open for a future gown, no?