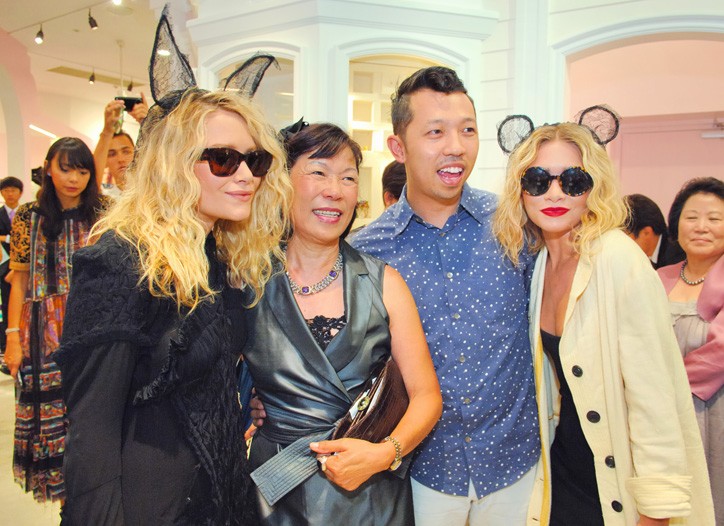 The Olsens signed pieces from their brand, The Row, while Dunst admired the Native American-inspired jacquards from the retailer’s collaboration with Pendleton.

Samberg, his date Joanna Newsom in tow, said he is enjoying some vacation time before returning to New York for the season premiere of “Saturday Night Live” with guest host Megan Fox.

“I come to Tokyo once a week. I have a lot of stocks out here,” Samberg deadpanned. “I’m mainly just here on business.”

Later, the crew headed to the Liquid Room for a lively after party and a special performance from Julian Casablancas. Yoko Ono and Sean Lennon rounded out the VIP list but kept a low profile as The Strokes’ lead singer gave an exclusive preview of his first solo album “Phrazes for the Young.”

Wang took advantage of the evening to release a bit of pre-fashion week tension and spent some serious time on the dance floor with his close friend and muse, Wasson.