Celebrities spend a lot of time thinking about their appearances and, over the years, most of them have learned a thing or two. 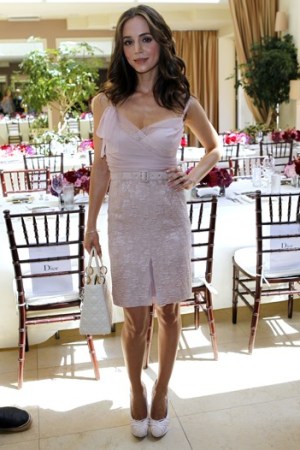 Celebrities spend a lot of time thinking about their appearances and, over the years, most of them have learned a thing or two. “If I’m performing onstage, I want something striking,” said Corinne Bailey Rae, one of several starlets at Wednesday’s Dior Beauty luncheon benefitting Operation Smile, held at the Sunset Tower in West Hollywood. “I like coming to events [in] character.”

Meanwhile, Jessica Simpson was eager to get her hands on some DiorShow mascara because “I don’t like to wear fake eyelashes. I feel like it makes you look like you have them on.”

Between appetizer salads and entrées of chicken or salmon, MTV reality show BFFs Lauren Conrad and Whitney Port discussed the merits of various hair-removal methods. “It feels like you took a needle and jammed it in, but do that all over,” said Conrad about laser techniques.

Gabrielle Reece, who’s attended at least three charity events in New York and Los Angeles over the last seven days, is happy to simply find clothing that fits. “I love fashion, but I have to work with my reality of being 6-[foot,] 3-[inches,]” she said. “Historically, there are a few brands that I can wear. Azzedine Alaïa fits me, Chanel fits me and DVF is a go-to for me, so I have a reserve.”