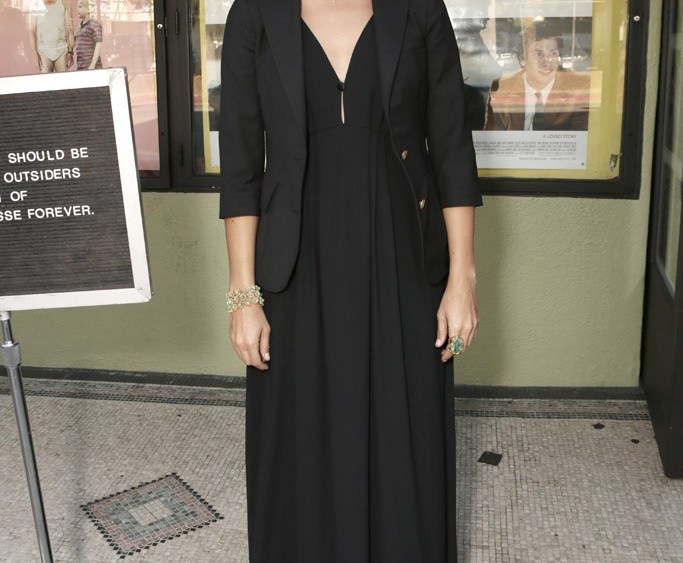 The attendees at a Saturday screening of “Celeste and Jesse Forever” in Los Angeles resembled the hipster cast of the film itself. Marisa Tomei, Rosemarie DeWitt, Ron Livingston, Adam Scott and Thomas Bangalter were among the friends who came out to the Silent Movie Theatre in the Fairfax District for a viewing cohosted by Rashida Jones, who stars in the film alongside Andy Samberg, and Band of Outsiders. The brand provided much of Elijah Woods’ and Jones’ wardrobe in the film, said Will McCormack, who acted in and coproduced the film.

“Celeste and Jesse” tells the story of a young, hip and divorced couple trying to maintain a healthy friendship. Perhaps too hip to handle for some, since for the L.A. crowd the film was a perfect example of art imitating life imitating art.

“The character I play is definitely a composite of a lot of fools I know and love in L.A.,” said McCormack. Jones, whose next project “Cuban Fury” included six weeks of salsa training, said she shared the sentiment. “It’s nice when people come up and say, ‘You stole my life.’ ”