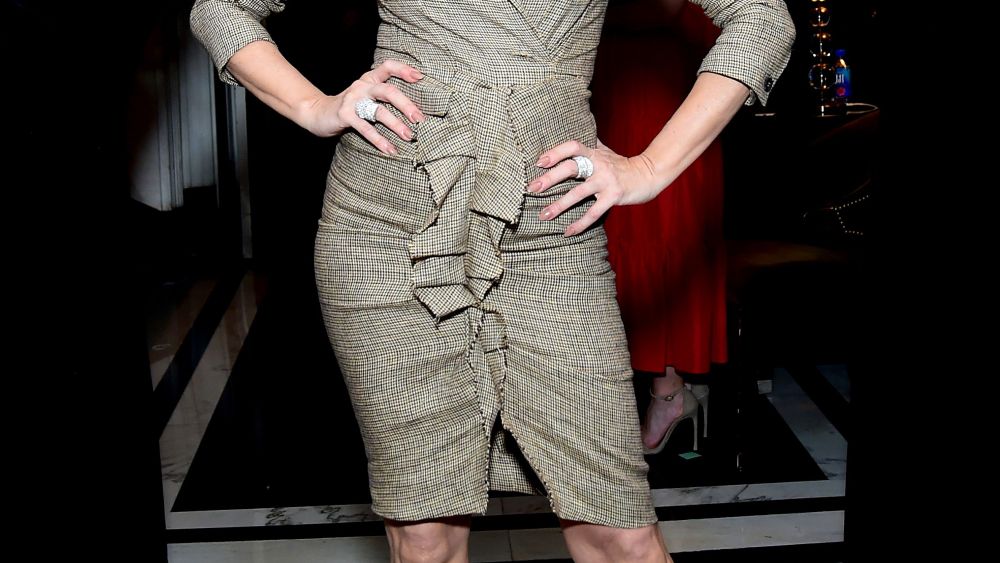 Glenda Bailey leaped from a banquette inside New York’s Carlyle Hotel to greet Céline Dion, causing one of the Harper Bazaar editor in chief’s vintage Valentino clip-on earrings to loosen and cascade toward the singer. “I don’t have pierced ears and I’ve gone this long without, but maybe I ought to put that to rest,” Bailey said with a giggle.

The editor was hosting a party Sunday evening ahead of the Met Gala to toast the coffee-table tome “Harper’s Bazaar: 150 Years: The Greatest Moments.” The fete, sponsored by American Express, was the first in a global series that will give cardholders the opportunity to come face-to-face with leading figures in fashion and entertainment.

Wearing a tweed Isabel Marant wrap dress with matching cap, Dion expressed her excitement about attending her first ever Met Gala tonight. “This is like having a job for the first time or having a kiss for the first time — this is big,” the singer said. “I’m not going to have enough eyes [to see it all].”

The mother of three is attending with Donatella Versace and will be outfitted by the Italian designer. “She’s always been supporting me and I mean that in different ways,” Dion explained. “Through her talent and when I was back on stage she helped me with her amazing work to literally support me after delivering twins [in 2010]. Three months [after giving birth] I was on stage and I did not look at all like I just had twins. I don’t know how she does it.”

The Grammy winner, a self-proclaimed lover of fashion, described attending the annual Costume Institute Gala as finally being “in the gang,” and confessed her inability to part with any item from her vast wardrobe. “I cannot give anything away because every piece that I buy has brought me to where I am tonight, They’re part of every step that I take and I have an attachment to it,” she said. “You can call it crazy. I keep everything, but I just keep buying a bigger [warehouse] space. I have 10,000 pairs of shoes.”

“You actually inspired both of us to go to law school,” proclaimed two young guests to Reese Witherspoon. The “Legally Blonde” actress kept mum about her look for tonight but explained she collaborated on “the colors and shapes” of the design, which will be “something out of the box.”

With final Met Gala preparations looming, few guests lingered — with the exception of Valentino, who casually tucked himself in a corner as members of the Carlyle staff began clearing away bottles of Veuve Clicquot.