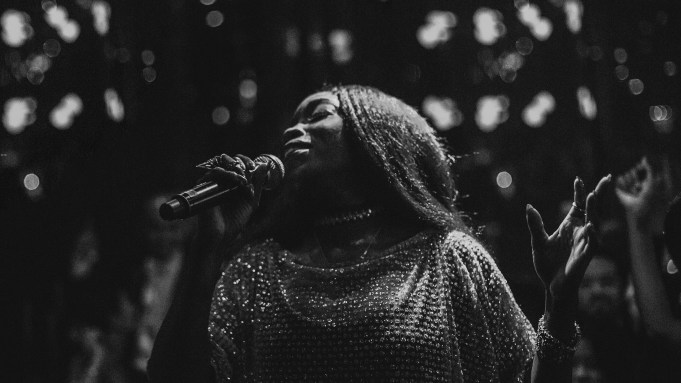 BANGKOK — It was a characteristically sweltering Thai evening when Bangkok’s high society came out to celebrate the opening of the Park Hyatt Bangkok and the completion of the Central Embassy mall.

With a live orchestra and silver confetti that sprayed across the red carpet once opening remarks concluded, it came as little surprise that crowds gathered on the pedestrian bridge overlooking the mall’s entrance to see all the fuss.

The red carpet segment and opening ceremony lasted about an hour outside the tower. Although it was a delicate process for celebrities and VIPs to pose in the hair- and makeup-withering humidity, Central Department Store Group chief executive officer Yuwadee Chirathivat said they were relieved at the weather, as they had been fearing a downpour of rain.

“It was raining for days. My staff went everywhere to pray [that it wouldn’t rain],” she said, later adding that she would remind them to go back to the temples and give thanks for the temporary stay on rain showers.

The property is the crown jewel in the influential Chirathivat family’s portfolio, whose retail empire also extends to Europe with department stores such as La Rinascente in Italy, Illum in Denmark and KaDeWe in Germany. The first eight stories comprise the mall while the Park Hyatt takes up the highest 29 floors of the same tower.

Although parts of Central Embassy mall have been in operation since 2014, in total it took a full decade to complete. Its new sections include Siwilai City Club — an F&B and entertainment concept — and Open House, on the top floor of the mall for people to relax, eat, or even work and study.

One of the reasons the complex faced delays, Central Embassy managing director and Siwilai founder Barom Bhicharnchitr said, was due to its unusual architecture. Designed by Amanda Levete Architects and Pi Design, the hotel and shopping mall sit in a twisted-coil like structure that forms a three-dimensional figure of eight, inspired by a “phaya naga” or mythical Thai serpent-like creature. On its facade are thousands of aluminum tiles, creating a shimmering scale-like pattern.

Once guests moved inside, they could listen to a concert by the Robert Glasper Trio, one of two Grammy-award winning acts on the night, or if they headed up to the infinity pool overlooking the city, a synchronized swimming act.

It was the jazz group’s first time to Bangkok, and at least Burniss Earl was hoping for a “Hangover Part II”-style night of debauchery.

“I hope so, I would love that actually,” Earl said.

“This is for a publication,” Robert Glasper chided, before the three of them argued over who unconsciously pulls the funniest faces when performing.

While the crowd spread out across the hotel for most of the night exploring the hotel and enjoying the lavish spread of food at its restaurants, it seemed that they all packed into the 35th floor penthouse nightclub to see Estelle sing.

“It’s the land of cameras,” Estelle said laughing, a play on Thailand’s nickname as the “Land of Smiles.” The West London singer belted out her new single “Woman’s World,” a cover of Bob Marley’s “Is This Love” and, of course, her Grammy hit that propelled her to fame, “American Boy.”

Perhaps underestimating how the night was one of the most anticipated on the Thai social calendar, she tried, rather unsuccessfully, to get fans to put their phones down. “I want you to live in the moment,” Estelle said. “[Don’t film it], tell your friends they should’ve been here.”

The crowd obliged, for about two minutes.