Held in the park, the ball honored Douglas Blonsky, ceo and president of the Conservancy. 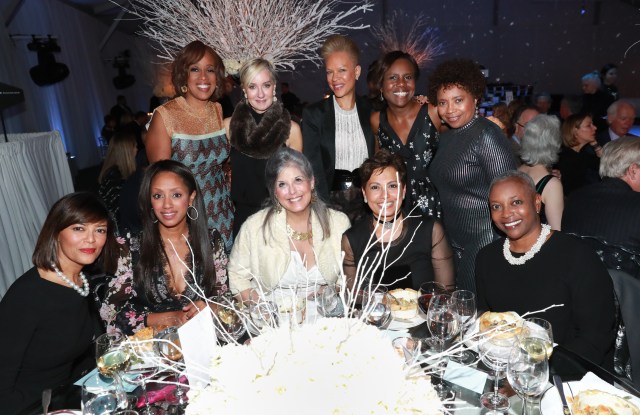 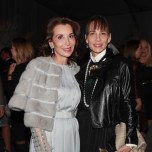 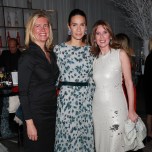 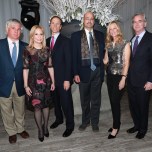 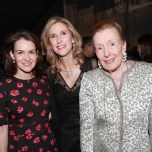 INTO THE PARK: On Wednesday evening, the Central Park Conservancy hosted its first Belvedere Ball, a winter wonderland fete that brought together members of the upper echelons of New York society for an evening of cocktails, dinner, dancing and photo opportunities with an ice queen and king. Held in the park, the event honored Douglas Blonsky, president and chief executive officer of the Central Park Conservancy who, after almost 33 years of service to the organization, is retiring from his post in June.

“We wanted to do something different,” said Gillian Miniter, cochair of the ball, which was support by Northern Trust. “We wanted to keep it within the theme of Central Park and we decided to make it in December, so we wanted to go with a winter theme. It’s for Belvedere Castle, which is a favorite spot of a lot of people in the park. You can see we have it up on the wall over there.” Indeed, a projection of the castle, which is being restored, could be viewed on a wall of the tent that housed the event.

The space had been transformed into a wintery paradise. Dinner tables featured an assortment of white arrangements, some of which looked like snowy trees and the tent itself offered warm relief from the city’s decreasing temperature. In total, the event raised more than $2 million to further the Conservancy’s mission to enhance Central Park.

“After 33 years, and you want to look to the future of the park and the organization, the Conservancy, I just think it’s a great time,” said Blonsky of his impending retirement. “I think we’re leaving the park in the best condition by far that it’s ever been. It’s stronger than ever financially and with beauty and it’s time for someone else to take it to the next level. It’s time for me to do some new things possibly, too, and most importantly, spend more time with my wife.”

He added that some of his proudest achievements are the Great Lawn, the Harlem Mirror, the work on the woodlands and the Conservancy’s management strategies.

Does he have any advice for the next president and ceo? “It’s actually an easy ingredient: Just make sure every day the park is better than the day before.”