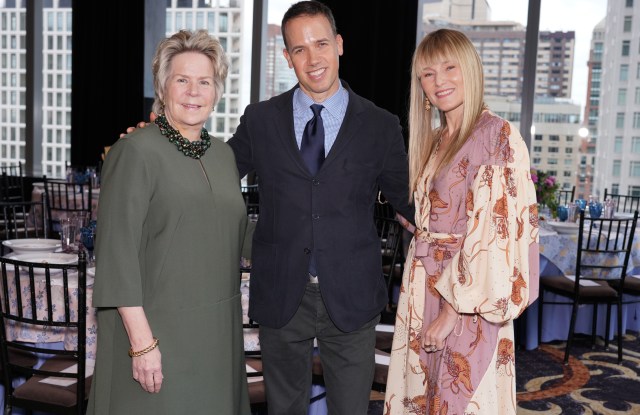 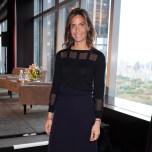 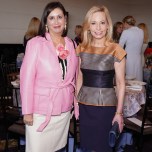 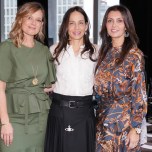 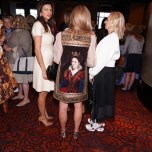 “One of the things about Central Park is, I think we all see it as nature because we’re urban dwellers. So we go into the park and go, ‘oh, this is so great to be out in nature.’ But really the park is by design,” said Central Park Conservancy women’s committee president Alexia Leuschen on Monday afternoon. “Frederick Olmsted designed the park to echo the nature of New York state, specifically the Catskills Mountain House. So I think design actually plays a really large role in Central Park, and it’s something we appreciate whether we’re aware of it or not.”

The topic of design and nature was underscored at the annual Central Park Conservancy women’s committee fall luncheon, held on the 36th floor of the Mandarin Oriental near Columbus Circle. This year’s guest speakers were interior designers Bunny Williams and Miles Redd, who took the stage after the sold-out lunch with moderator Amy Astley.

During their conversation, Williams and Redd touched upon how they bring nature into our own homes (bouquets from sidewalk bodegas), which spaces they wish they could redecorate (country clubs), their favorite great houses (for Redd, that would be the Chatsworth House), and how conversation around interesting design has pivoted from houses to hotels and restaurants in recent years (Redd declared the Standard Hotel’s Boom Boom Room as one of the greatest rooms in New York — and that was before taking party antics into consideration).

“I’m probably the most urban person you’ll ever meet,” said Redd, describing the appeal of Central Park. “Even I, as urban as I am, need Prozac nature, and Central Park provides that kind of comfort. And you just don’t realize as a resource how much it gives back to the city again and again, and it’s the heart of the city in a way. And I can’t live without it. And the Brambles are so much fun — I’m kidding,” he added, as the room echoed titillated laughter.

“I grew up in the country and it really bothered me to be in New York with all the sidewalks,” said Williams of discovering Central Park as a transplant to the city in her 20s. “Later, when I was first married, we had an apartment on Central Park West, and Central Park was our entertainment space. Each week we would pack picnics and take quilts and go to the park and have parties,” she added, noting that the park’s gardens have inspired her work with her own gardens in Connecticut.

And even more than that, Central Park serves as a reminder of the tranquility of nature.

“When you go in the park, all the people are so calm, they’re so happy, they’re looking at trees, they’re listening to the birds,” Williams said. “And it’s this thing that the park gives back to us every single day, and I can’t imagine the city without it — and I certainly can’t imagine my life without it.” 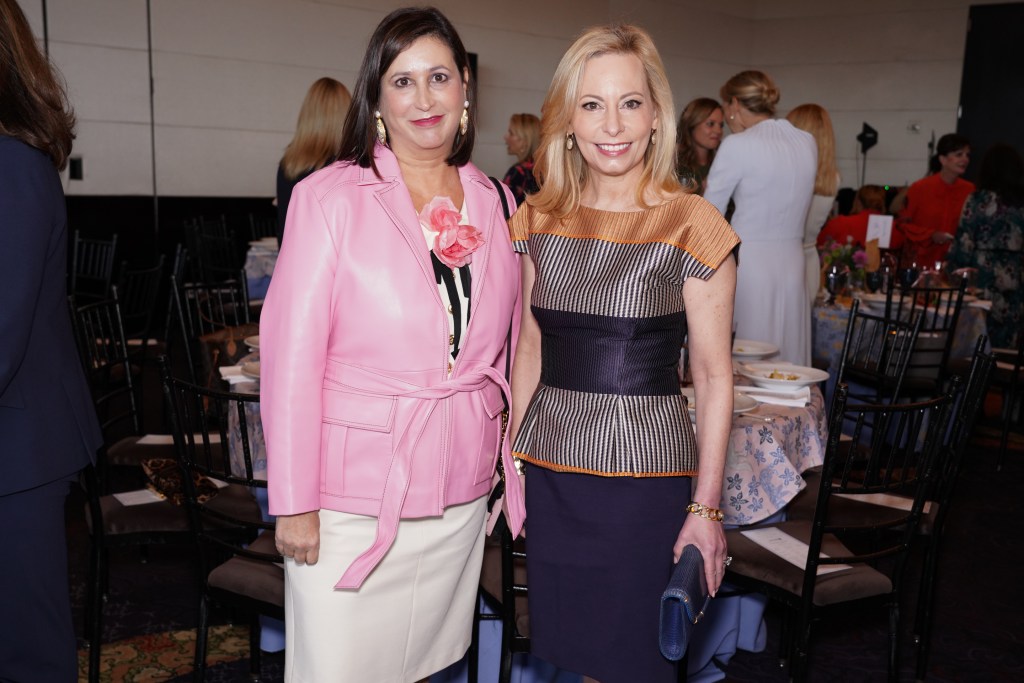