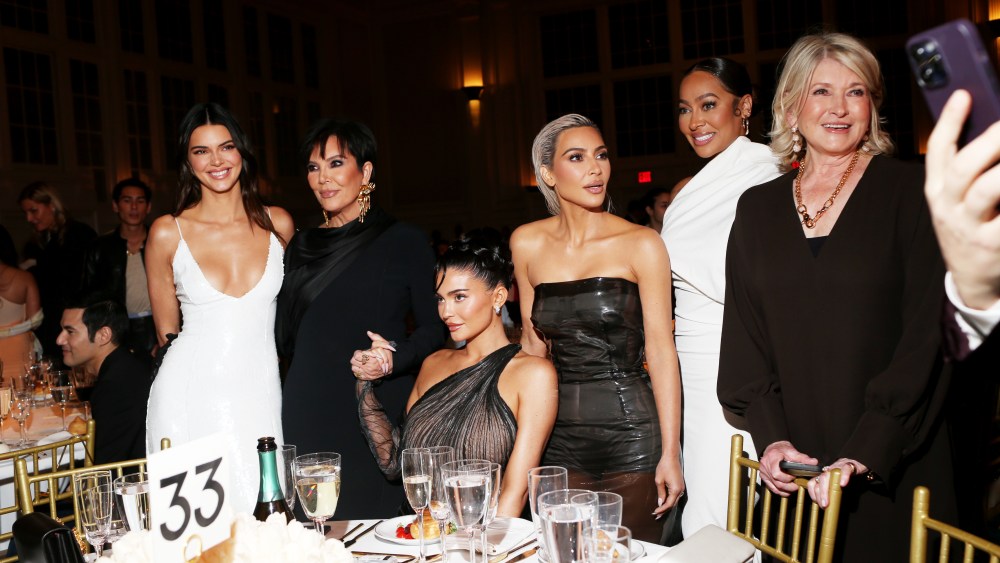 “I mean I can’t even believe I’m here — like I’m at the CFDA Awards! What is this?” said Bach Mai, nominee for emerging designer, said on the red carpet Monday night at the 2022 CFDA awards. Back to their pre-pandemic full glory, the annual event was held at Casa Cipriani and drew a stacked crowd of fashion and celebrity folks alike.

Mai arrived along with breakout actress Minnie Mills, who starred in this summer’s hit series “The Summer I Turned Pretty.”

“I love representing other Asian American artists and I think [Bach] takes up such a unique and interesting space in this industry and he’s really paving the way for people who look like us to be creative and follow their passions,” Mills said of her designer date.

The crowd shrieked at the arrival of Lenny Kravtiz, who was the night’s big honoree as fashion icon.

Inside the cocktail hour, guests mingled about and mostly ignored the pizzas that were offered as nibbles, with the exception of Jerry Lorenzo’s young son, who was more than psyched that his work trip with dad included cheese pizza.

Lorenzo, nominated for menswear designer of the year, said he was cheering for Willy Chavarria and  LaQuan Smith.

“It’s just a continual little bit of encouragement that says ‘hey we’re on the right path,’” he said of his own nomination.

“I’m rooting for a really good meal,” said David Lauren of who he was cheering on. “I don’t have a root! I’m happy. We’ve been here before and this is high pressure — this is about building spirit in the industry.”

SNL star Bowen Yang was there to cheer on friends.

“I’m sitting with the House of Slay and I think everything that they’re doing is wonderful,” he said. “I’m just here as a dilettante, I really am.”

Prabal Gurung, part of the group, said he started his day at 5 a.m. with a meditation, train ride and breakfast with his mother. He came to the awards straight from work.

“The emotion is a lot of gratitude,” Gurung said. “It’s surreal and I’m really humbled simply because we came together as friends when we felt people didn’t see us but to be seen like this is really emotional.”

Cassie had opted for a black sculptural Annakai suit. “We tried on some dresses but it just felt like I wanted to be playful,” she said of the choice. “I haven’t been on red carpets in so long.”

“I sent Rachel every shoe in the book,” said shoe designer Sarah Flint, walking the carpet with Rachel Brosnahan. The pair got ready at the Soho Grand.

“We had some french fries, we had a good time,” said Brosnahan, who shot the  final episode of the final season of “Marvelous Mrs. Maisel” on Saturday, early in the morning. The actress is looking forward to some R&R shortly.

“I’m going to get to sleep in. I slept until 8:30 this morning and it felt like such a luxury,” she said. “It’s going to be strange. It hasn’t totally hit us yet that we won’t be going back. But at least we get to keep celebrating the show when we start airing.”

Rhude and Bally designer Rhuigi Villaseñor got ready with Evan Mock with “lots of Champagne and lots of leather,” said Villaseñor, who met Mock at one of his Bally shows. “And then we started to get along and we’re so like minded — and we look alike so it worked.”

Aurora James also had a bit of liquid encouragement before the night, getting ready “quickly and with lots of water and a little bit of wine,” she said, before moving onto the importance of voting — because oh yeah, the midterms loomed in the morning.

“I’m Canadian so I don’t actually get to vote, so it’s all the more reason why I have to try to help inspire my peers to make sure that they are also pushing and showing up and getting out the vote,” James said. “We’re an industry that speaks largely for women and therefore we have to hold women’s values and rights at the forefront of what we’re doing at all times, because it’s not OK to make a profit off of women without also supporting their rights.”