Downtown at the CFDA awards after parties, the ceremony's celebration of inspirational women set the mood for a ladies' night out.

By Leigh Nordstrom and Kristen Tauer on June 6, 2017
View Slideshow 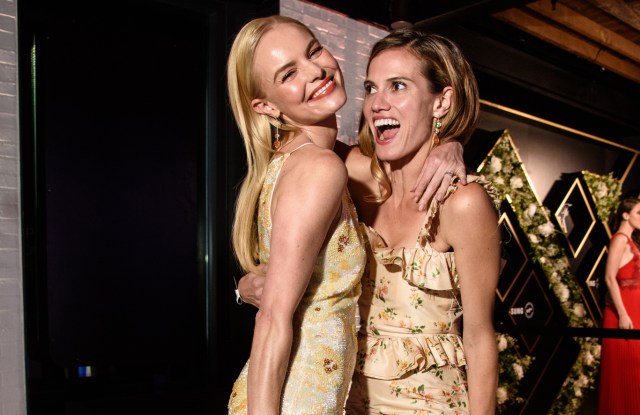 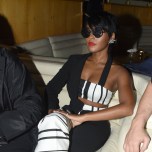 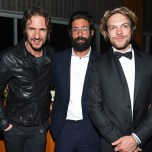 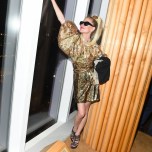 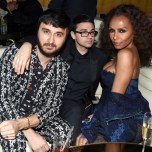 As the industry has come to expect, Monday night’s CFDA Awards hurtled on well past their promised end time — which meant many of the winners and revelers started their drinking as the ceremony continued.

Upstairs in the winner’s walk room, Monse winners Laura Kim and Fernando Garcia said they planned to celebrate their victory for the Swarovski Award for Emerging Talent with their team — following an immediate drunken night of celebrations first. (Garcia warned several times he was well on his way there.)

“Well, tomorrow night we have a press party at five at Monse,” Kim said. “OK,” Garcia said, the news seemingly unbeknownst to him. “I was thinking more like Koreatown.”

“My team can really drink,” Kim said. “I need to check my bank account before we do that.”

“Let’s just go be messy and do karaoke and embarrass ourselves,” Garcia continued. “Record that. Really record that. I want to embarrass myself.”

Before Koreatown, though, there were after parties to be attended — one of which, at Samsung’s Meatpacking District store, they were cohosting.

Before watching singer Jidenna take the basement-level stage, the Haim girls found Seth Meyers to compliment him on his earlier hosting duties, while designers continued to mingle with their respective celebrity dates — Kristopher Brock and Kate Bosworth; Sander Lak and Brit Marling; and Nicole Miller and Zhenya Katava, who was taking in her first CFDA night.

The Belarusian model’s favorite part of the evening? “Some cocktail stuff,” she said, before elaborating on a few of the faces she had been most excited to see. “I’m in love with Pat McGrath. She’s my favorite mom of the makeup artists. And Raf Simons — congratulations to him.” Unfortunately the big winner of the night — Simons — didn’t make it out post-ceremony.

Another industry newcomer, Delilah Belle Hamlin, was also circling the top floor of the store.

“Honestly I thought that a lot of the people who were presenting, or I guess just speaking, were so inspirational,” she said, with endearing enthusiasm. “I mean, I love fashion, and I also was so moved by Janelle Monáe and that whole group’s speeches about women’s rights — it was amazing. It was my favorite part of the whole entire thing. I cried, it was crazy but very inspirational.”

Hamlin, who is the daughter of Lisa Rinna and Harry Hamlin, has had quite the rapid entrance into the fashion industry, following her breakout at NYFW in February. “I’ve had so much fun — lots of work, lots of traveling. [Next up is] London and Paris,” she said.

The scene over at the Boom Boom Room at the Top of the Standard was a tad more lively, though gone are the days of a dancing Lady Gaga to drum up some excitement, much to the chagrin of the circling photographers.

Coco Rocha curled up with Christian Siriano on a chair, as Jenna Lyons danced about in a feathered cocktail dress with vigor. McGrath, who received the night’s Founder Award, was center of attention with her presenter Amber Valletta attached at her hip.

“The highlight [of the night] was giving Pat her award,” the model said. “I’ve known her for 22 years. I met her at the very beginning of her career and I was pretty new in my career. We have a lot of history. And then all of the female empowerment…it was a good night.”