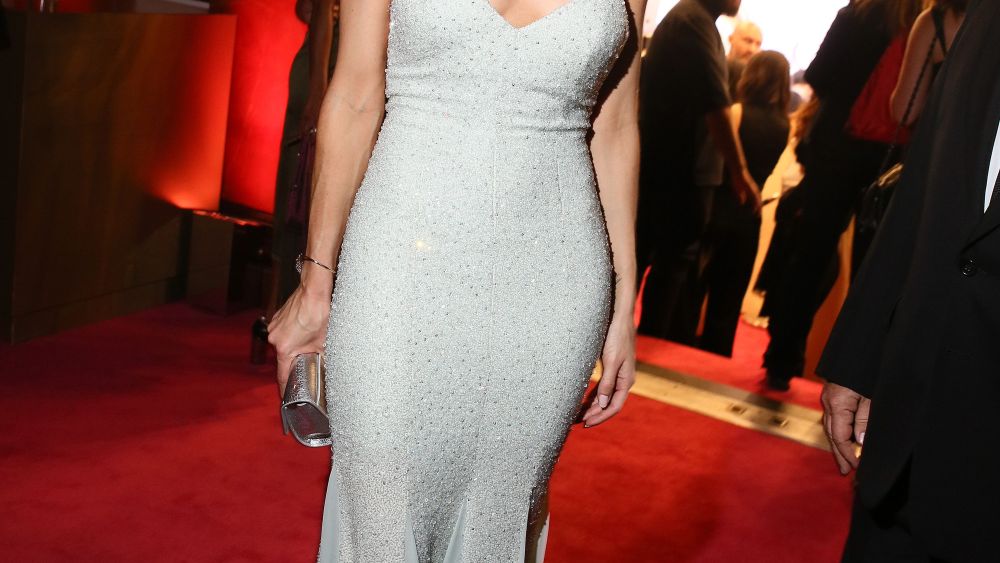 NEW YORK — “Do you know what, this is the first time I’ve been here in 14 years,” said Calvin Klein on Monday night on the red carpet at the CFDA Awards. His return to the circuit was in honor of his close friend Donna Karan, who was receiving the Founder’s Award — indeed, a cause worthy of a reappearance.

It was a reappearance for many — and a repeat for many award winners. Marc Jacobs received the Womenswear Designer of the Year prize; Thom Browne won Menswear Designer of the Year, and Beyoncé received the Fashion Icon Award. Usually the winner of that honorary prize is revealed along with the nominees in April, but this time around, Beyoncé’s selection was a surprise.

Accessories Designer of the Year went to Rachel Mansur and Floriana Gavriel of Mansur Gavriel. The Swarovski Awards went to Brandon Maxwell for women’s wear; Alex, Matthew and Samantha Orley of Orley for men’s wear, and Paul Andrew for accessories.

Among the other honorary prizewinners this year were Norma Kamali, who received the Geoffrey Beene Lifetime Achievement Award; the International Award to Alessandro Michele, creative director of Gucci, and the Board of Directors’ Tribute was given to David Bowie, who died in January.

The Kenneth Cole Footwear and Accessory Innovation Fellowship was awarded to Blake Felty, a graduate of Fashion Institute of Technology, and Kara Kroeger, a graduate of Kent State University.

In a curious mixing, the Oscars of fashion were infiltrated by many of comedy’s biggest names, from the “Broad City” girls to Lena Dunham to host Joel McHale. “I hope he’s funny,” whispered Browne.

“Well, I live in Los Angeles, so I don’t interact with the New York fashion crowd very much,” McHale admitted. “And that’s not out of not wanting to…” He trailed off to shower a pregnant Olivia Wilde with compliments. “You look like an Irish goddess,” he told her.

“I’m so excited that I got to come here with Rosie,” Wilde said of her date, a beaming Rosie Assoulin, after laughing off McHale. “She is the definition of the cool-girl designer.”

Not only were guests taking in the ceremony from a new venue, the Hammerstein Ballroom, but for a change they were being treated to a dinner instead of simply cocktails. “Normally you sit down in the auditorium and you don’t see anyone until the end,” said Karlie Kloss, who also was wearing Assoulin. “And now, it’ll be a big reunion.”

The red carpet was a melty love fest of designers and their chosen dates.

“Brandon is going to be someone who goes so far in this business,” Naomi Campbell cooed of the man behind her dress, Brandon Maxwell.

“I was first introduced to Paul Andrew’s shoes about three years ago when I was filming in Toronto,” said Jessica Chastain, in Prabal Gurung and on the arm of Andrew. “I loved them so much I brought them to Cannes with me and wore them on a photo shoot in the ocean.”

Many of the celebrity dates came along in part due to their interest in fashion — “I’ve always been happy taking a couple risks,” Selma Blair said of her one-armed Christian Siriano suit — while many were happy to let the experts take the reins. “Christian picked my entire look,” Alicia Silverstone added, motioning to Siriano, flanked by the two — and the jealousy of every Nineties film fan.

“I’m like a total puppet tonight, she could do whatever she wants with me,” said Soko, on the arm of Eva Zuckerman.

“We were really digging black tonight, no matter what the design was,” said Ilana Glazer, wearing Rebecca Minkoff with her “Broad City” costar Abbi Jacobson.

“The shoes can really make or break an outfit,” Ciara said, much to the delight of her date, Stuart Weitzman. “Did you hear that, she said she picked the shoes first,” a tickled Weitzman said.

“Today was actually very cool,” said Rio Uribe, nominee for Gypsy Sport, apparently free of any pre-awards nerves. “We chilled, we vibed, we smoked, we hung out.”

McHale drew headlines when he was revealed as the choice — followed by guessing games as to what he might conjure up. Which designer would he skewer? Which fashion darling would be shaking in her seat? It turned of the fashion crowd wasn’t very afraid of the humorously sour comedian — in fact, most had no idea who he was. “I don’t…” a confused Alexa Chung offered, when asked for her thoughts on the host. “What?” asked Soko. “I have no idea who that is.”