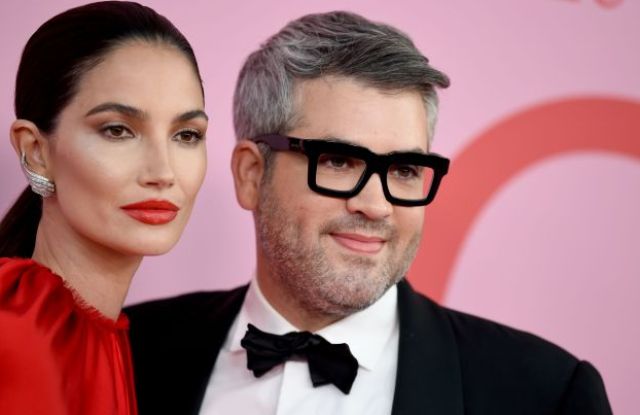 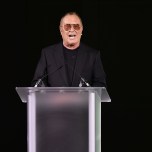 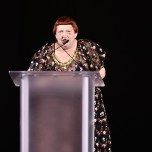 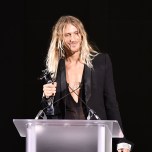 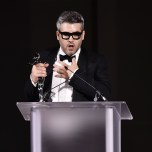 From Barbie to Bob Mackie and Brandon Maxwell to Jennifer Lopez, the winners of the CFDA Fashion Awards covered a lot of ground Monday night at the Brooklyn Museum. The event also featured the literal passing of the CFDA’s chairman torch, from Diane von Furstenberg to Tom Ford.

The awards were chockablock with some excited winners and plenty of emotion. But the evening lacked a lot of the star power of previous years, presenters’ speeches ran waaaayyyyy too long and the dinner of pan roast petit filet served with corn soufflé, asparagus fondue, vegetables, beet soubise and teeny-weeny petit fours was scanty even for the fashion crowd. Several guests said that by the time the nearly two hours of presentations ended at 10:40 p.m. (the event started at 6 p.m.) they were ravenous (the menu was so skimpy that at least one clever table was seen having Chipotle delivered).

This year, there wasn’t one specific host (last year was Issa Rae) and instead there were several presenters, including Hasan Minhaj and Jessica Williams. “Generally, comedians are not really known for our style,” said Minhaj, host and creator of the weekly comedy show “Patriot Act with Hasan Minhaj.”

Minhaj called it an incredible year for fashion, as the industry has become more inclusive and has pushed boundaries. “Even if it sometimes puts white dudes in turbans. I’m looking at you, Gucci,” said Minhaj, referring to the $790 Gucci turban that appeared on the company’s web site last month, earning accusations of cultural appropriation.

Minhaj introduced Menswear Designer of the Year winner Rick Owens, who unfortunately couldn’t make it because he missed his flight. The award was accepted by Tyrone Susman.

Harold Koda, the former curator-in-chief of the Anna Wintour Costume Center at the Metropolitan Museum of Art, presented the Media Award in Honor of Eugenia Sheppard to Lynn Yaeger, calling her an “idiosyncratic influencer.”

Yaeger said the industry has been hearing a lot of talk lately about diversity in fashion. “I stand here as an early example of diversity,” she said. 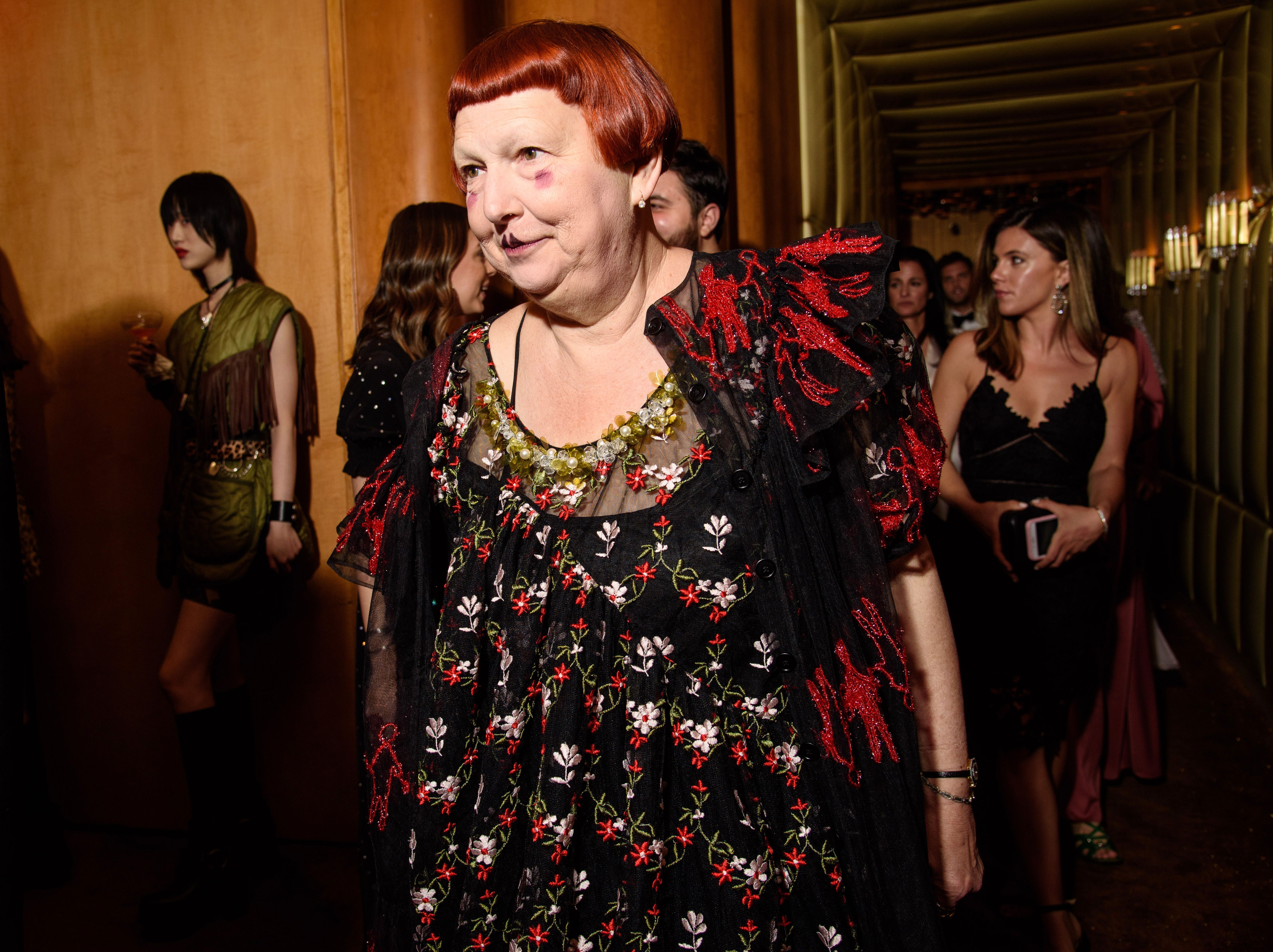 Michael Kors introduced von Furstenberg, saying she didn’t expect this tribute. “Spending quality time with Diane von Furstenberg over the past 13 years has made me realize…she is a true one-of-a-kind. I don’t know anyone on this planet who could be smart, sexy, forceful, and kind, while fluffing her fabulous mane of hair,” said Kors.

He noted that, “She has served as a mentor and champion, as our voice of reason, nurturing creativity and ultimately building an incredibly strong fashion community.”

But while she apparently didn’t expect the tribute, von Furstenberg still managed to have a speech all prepared — and projected on the teleprompter. In her speech, she said, “Fashion is glamorous. Fashion is mysterious. Fashion is the reflection of the moment. Designers are magicians. They create shapes, launch colors, define a silhouette, a body language. They invent a new way of expressing the zeitgeist. America is a place where dreams come true, where designers come from all over the world and transform the way people dress and behave.”

She then said many designers go through similar fashion journeys. “We start very young, very ambitious, sometimes arrogant. We become superstars and we think we are invincible. Invincible no one is. And with growth comes difficulties, obstacles and mistakes. Then we get strong again. Sometimes we have fear that we’re not relevant anymore, until a new generation rediscovers our work in vintage shops, and we’re hot again…That is the journey of fashion.”

Ford said he was honored to become CFDA chairman, adding, “One of my goals is to raise the international profile of American fashion, and to highlight the creativity that’s so present in our industry.”

He presented the Founder’s Award in Honor of Eleanor Lambert to Carine Roitfeld, whom he said knows the value of pushing an idea, but her work is never self-indulgent.

“As a stylist and editor, she is fearless when in pursuit of beauty, refinement and the familiar. As a friend, she’s fun, never judgmental and deeply loyal…and she has to be the sexiest grandmother,” said Ford. And now, she’s launched her own collection of fragrances.

“This award means so much to me,” said Roitfeld. She said she was lucky enough to meet Mrs. Lambert many years ago in New York, and she was a true champion of fashion, which Roitfeld has always tried to be. She recalled when she first came to New York, DVF gave her a half-dollar silver coin as a good luck charm, which she still has.

Bernadette Peters presented the Geoffrey Beene Lifetime Achievement Award to Bob Mackie. She noted that at the age of 10, Mackie created a costume for school, dressing up as a French whore, and as a young designer, he sketched the design of the dress Marilyn Monroe wore when she sang, “Happy Birthday” to President John F. Kennedy. Among the celebrities who he designed costumes for were Judy Garland, Dolly Parton, Carol Channing, Barbra Streisand and Cher. Today, Miley Cyrus and Pink regularly wear Mackie’s designs.

Mackie, who won a Drama Desk Award for his costume designs for “The Cher Show” last Sunday, and is nominated for a Tony Award this Sunday, recalled when he got the call from von Furstenberg: “She said, ‘Darling, you are going to be the recipient of the CFDA  Geoffrey Beene Lifetime Achievement Award.’ And I thought, ‘Really?’ You see, in my mind’s eye, I’m still 35. Then I realized I had just turned 80 in March.” 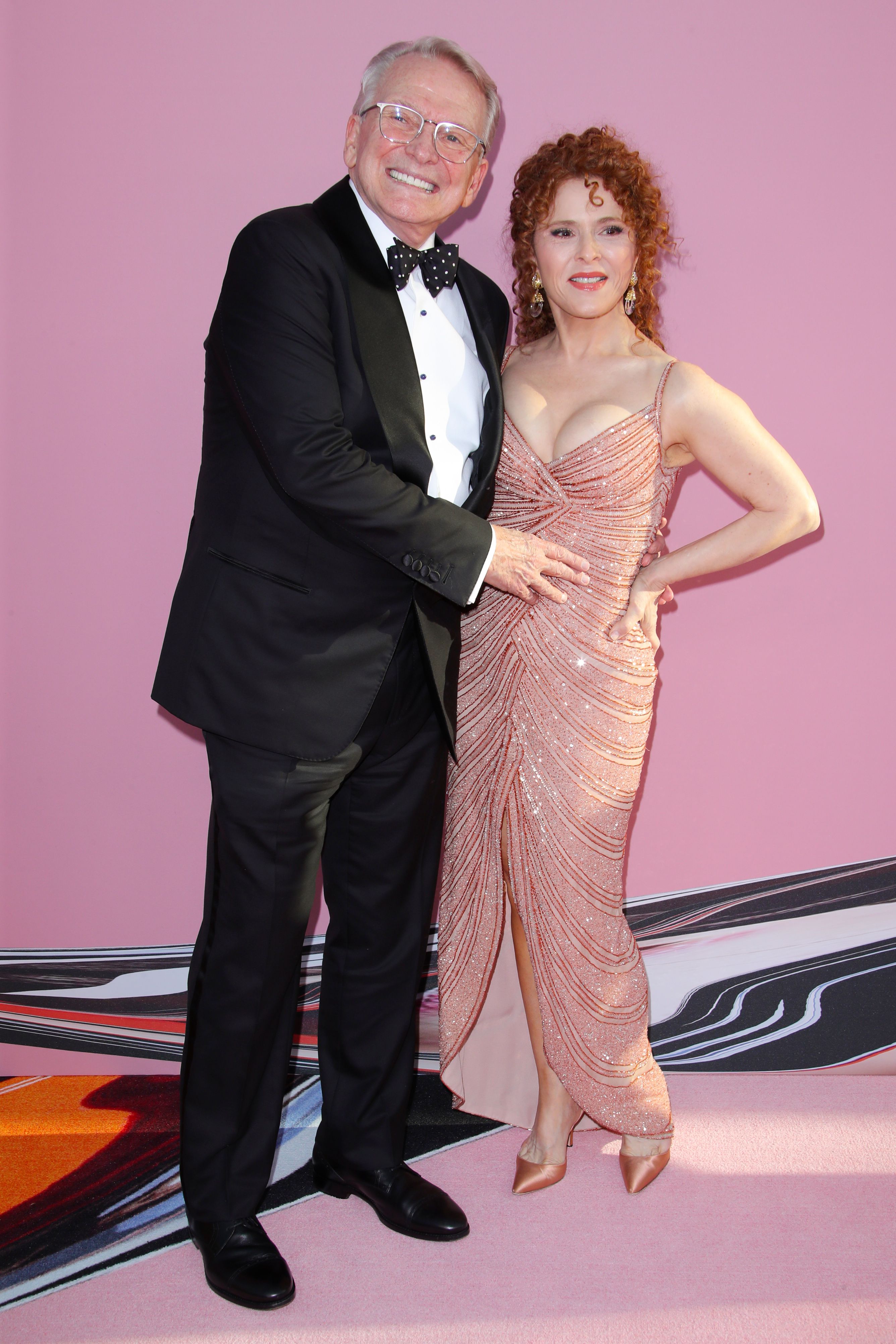 Mary-Kate and Ashley Olsen received the Accessory Designer of the Year, for The Row. Mary-Kate did all the talking, thanking everyone on their team, and their clients and customers. It was their fifth CFDA Award. 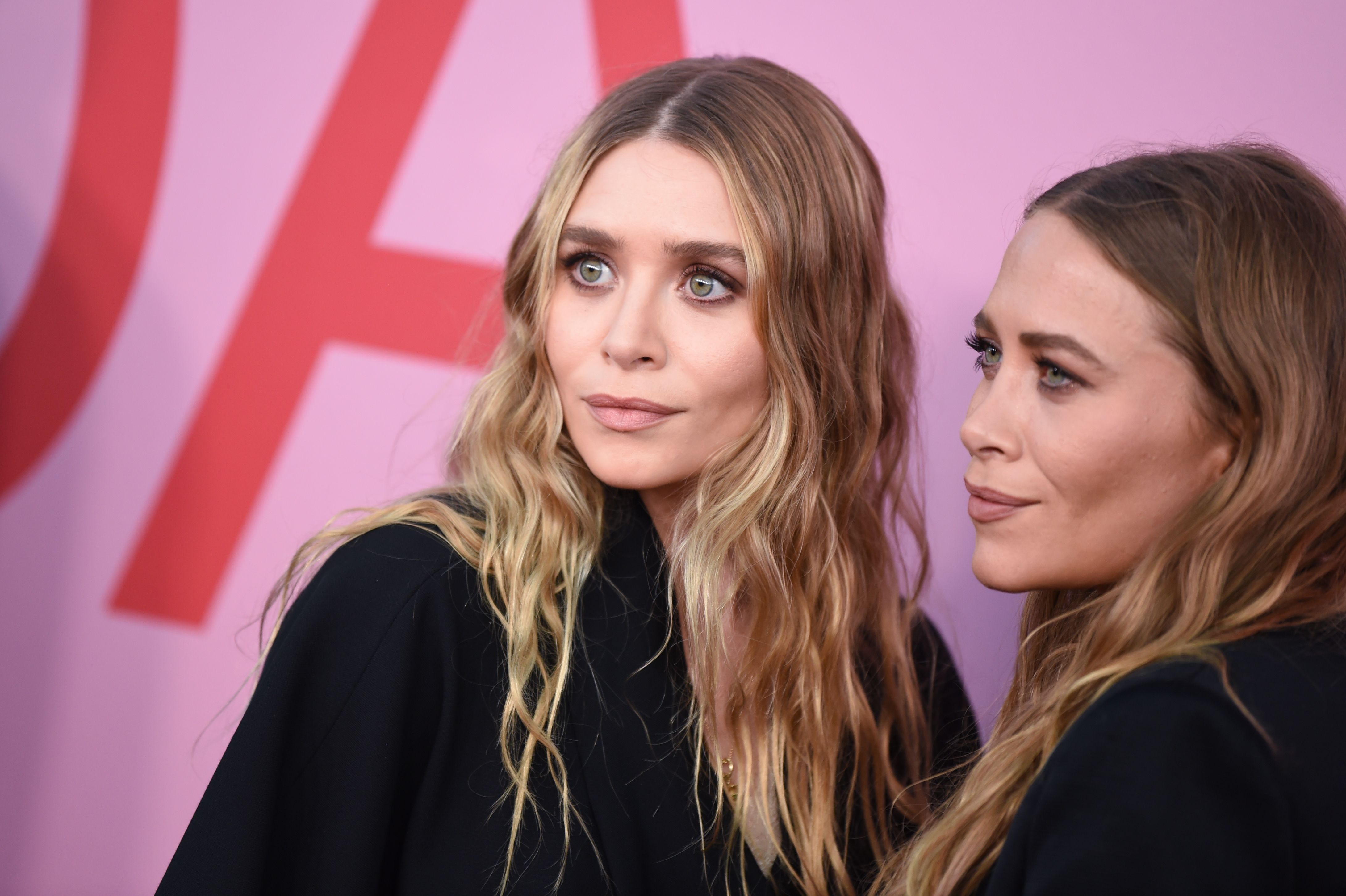 While Barbie didn’t personally accept her Board of Directors Tribute Award, actress, model and activist Yara Shahidi spoke about Barbie’s special connection to the industry.

“How many of us can say we’ve collaborated with Vera Wang, Oscar de la Renta, Karl Lagerfeld, Anna Sui, Yves Saint Laurent and Diane von Furstenberg, and dozens upon dozens more? Barbie is about fashion, but she’s also about impact. She’s not just a part of young people’s lives but is changing those lives for the better…Young people around the world of every shape and size have a Barbie that actually reflects them,” said Shahidi.

Lisa McKnight, senior vice president, global head of Barbie & Dolls portfolio at Mattel, Inc., accepting the award, spoke about how over the past 60 years, Barbie has infiltrated the cultural conversation and expanded the definition of what a woman can aspire to. She spoke about the Dream Gap Project, an ongoing global initiative that aims to give girls the resources and support they need to continue to believe that they can be anything.

Men’s wear designer Emily Adams Bode took home the Emerging Designer of the Year, thanking her family, the American craftsmen, her team and her clients. “Thank you for supporting me in my pursuit of American storytelling,” she said. 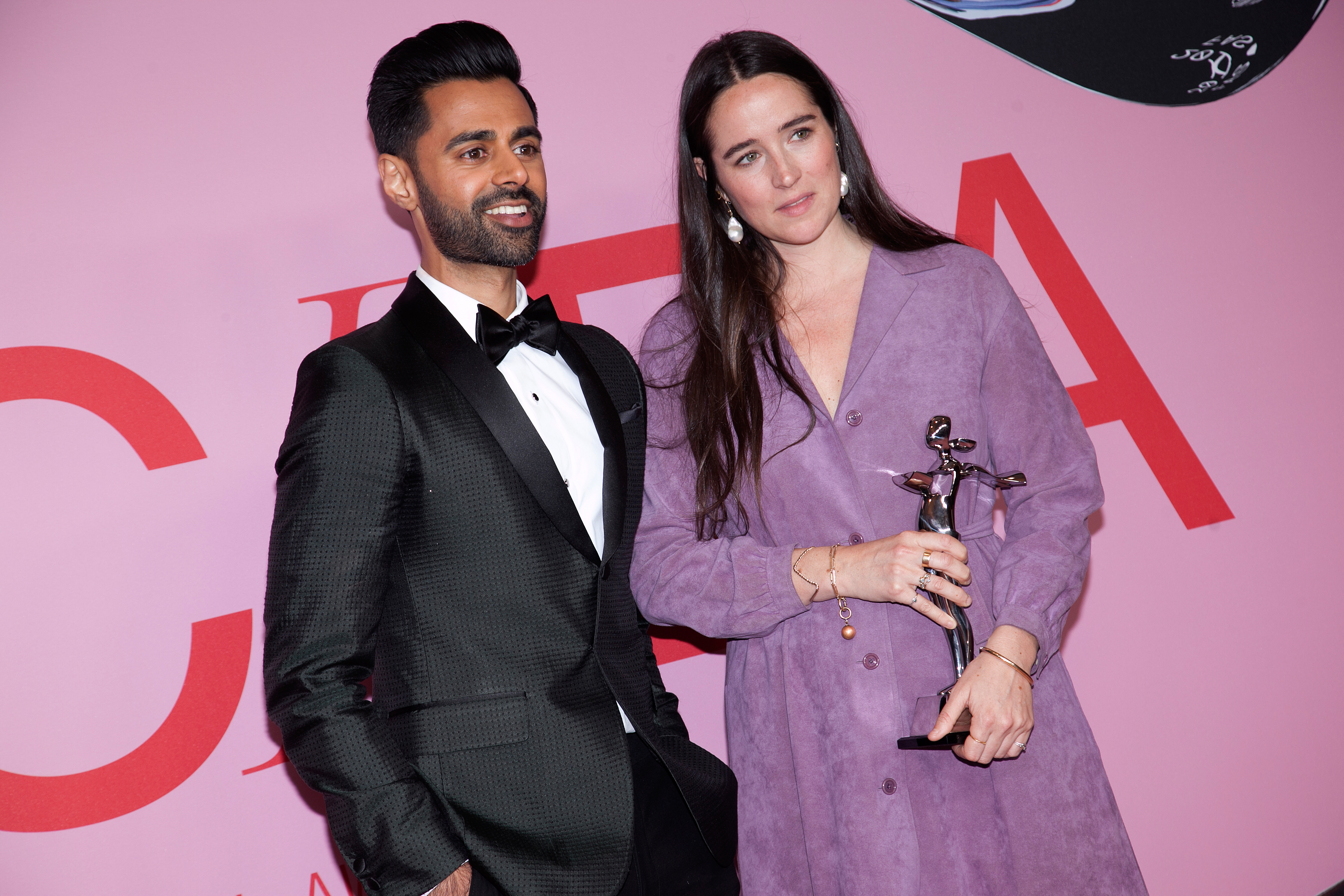 Dao-Yi Chow and Maxwell Osborne, co-designers of Public School, presented Eileen Fisher with the Positive Change Award, and they recalled when they originally met her, she had no idea who they were. The designers worked with Fisher on an upcycled collection and Osborne said, “She really is genuine and true. It takes vision and courage to do the right thing.” And Chow called Fisher “a visionary, incredible role model, mentor and friend.”

Fisher told the audience, “You’re right, I didn’t know who you were. I’m kind of out of it.” She thanked the CFDA and everyone at Eileen Fisher, as well as her daughter for coming with her that evening and supporting her. “I want you to know I do this for you and the next generation because it matters,” said Fisher. 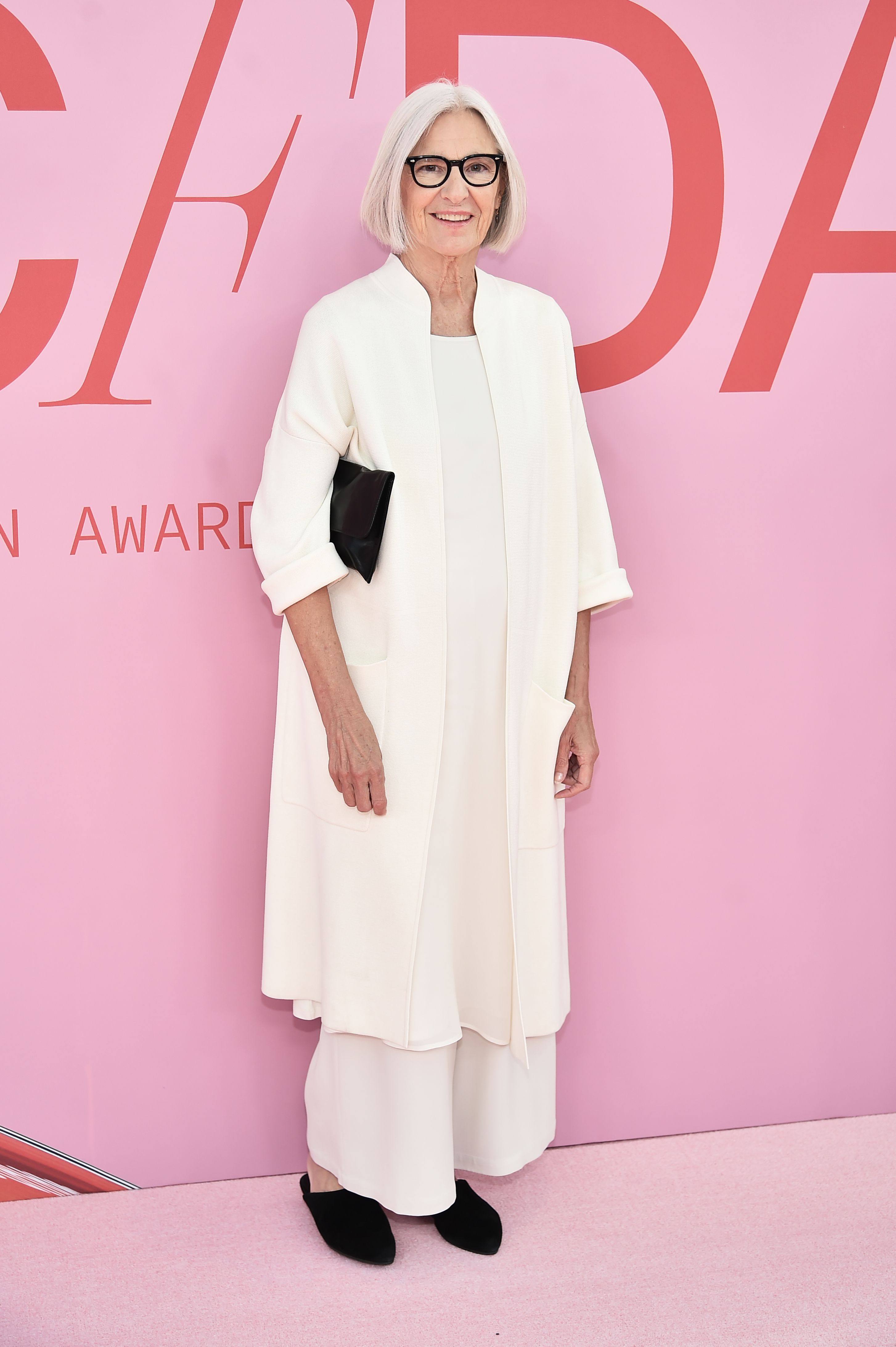 Amanda Harlech, a British creative consultant, and Lagerfeld’s “right-hand” woman, gave a moving, six-minute tribute to the late designer. “His work at best was visual music,’ she said, adding that “the clue to Karl was his depth.”

“He was profoundly sensitive and yet an astute strategist and an academic. He was his own library of philosophy, photography, interior design, biography, poetry, art, architecture, history and politics…He loved performing to an audience. He was energized by the energy of attention,” said Harlech.

Anna Wintour presented the Valentino Garavani and Giancarlo Giammetti International Award to Sarah Burton of Alexander McQueen. Burton said she originally came to the event when Lee Alexander McQueen won a CFDA award 16 years ago. “It’s an incredible moment to be back here,” she said. “At McQueen, we’re a family and none of this would be possible without my amazing team. You are so talented and a real privilege to work with.” 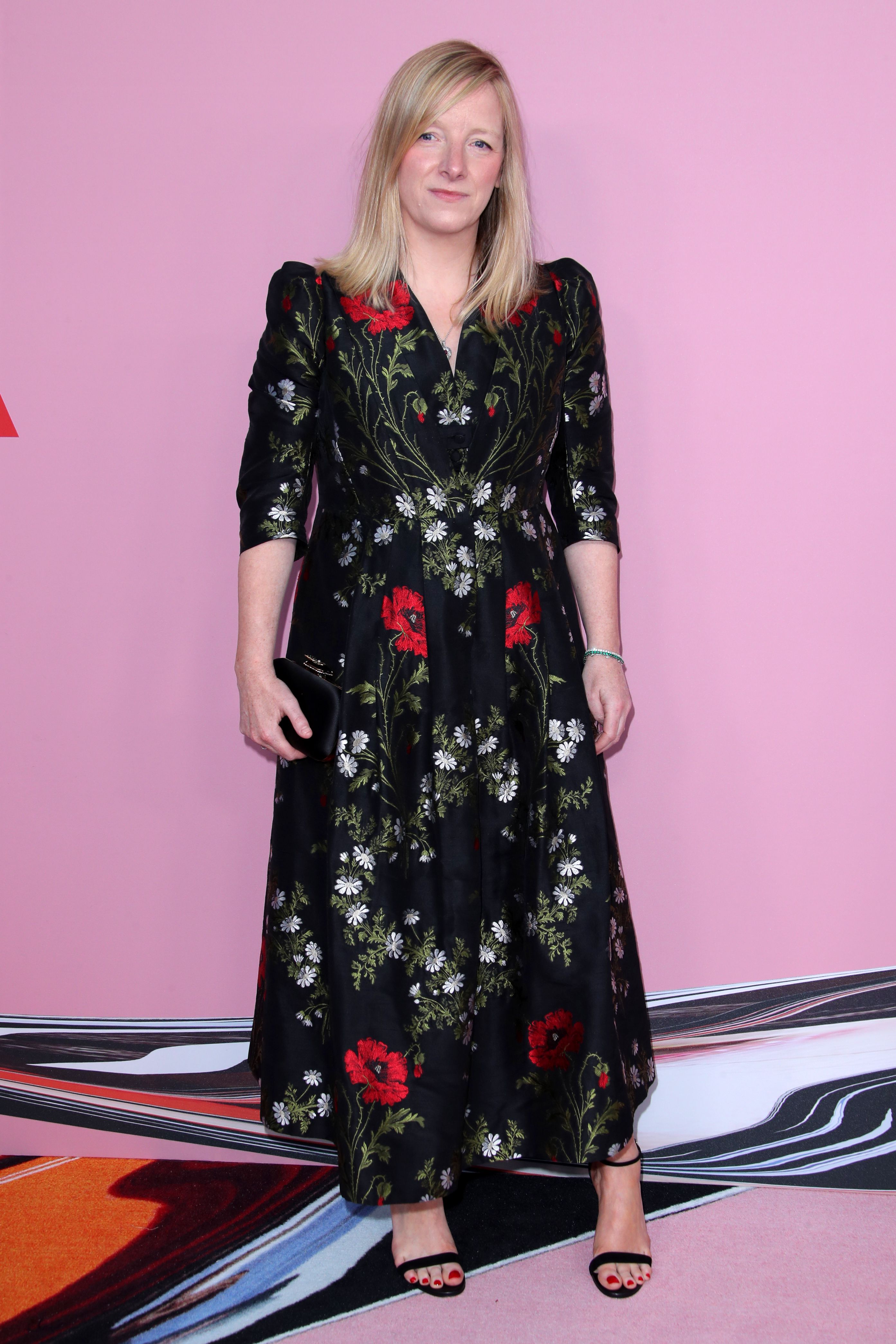 Brandon Maxwell, who won the Womenswear Designer of the Year, was filled with emotion when he took the stage. “I really thought this was going to be more of a viewing party for me, and I took real advantage of the free bar, and I’m really sad to have done that now.

“I am so proud to be part of an industry like this. Where we wake up every day charged with the idea that making a woman feel good and making someone happy is valid. We go to work every day reading articles about ‘Is New York relevant, does it matter?’ Yes it does. I worked as a stylist for 10 years before I started my company. We have scrubbed up tonight and put on a suit, but 364 days a year, we are trying to pay the light bill and make it happen,” said Maxwell.

Finally, Ford presented the Fashion Icon award to Jennifer Lopez. According to Ford, Lopez’s greatest appeal has nothing to do with her physical attributes, but with her heart and her great sense of caring, including her advocacy for LGBQ+ communities. “Jennifer forever changed the mainstream female body image and long ago paved the way for the body positive conversation we are all now finally redressing,” said Ford.

Dressed in a long, orange Ralph Lauren skirt and sparkly crop top, Lopez said, “This is so cool. I followed you through Gucci and YSL, and Tom Ford…you’re amazing, thank you for everything. In our house, Alex [Rodriguez, her fiancé] couldn’t survive without you. 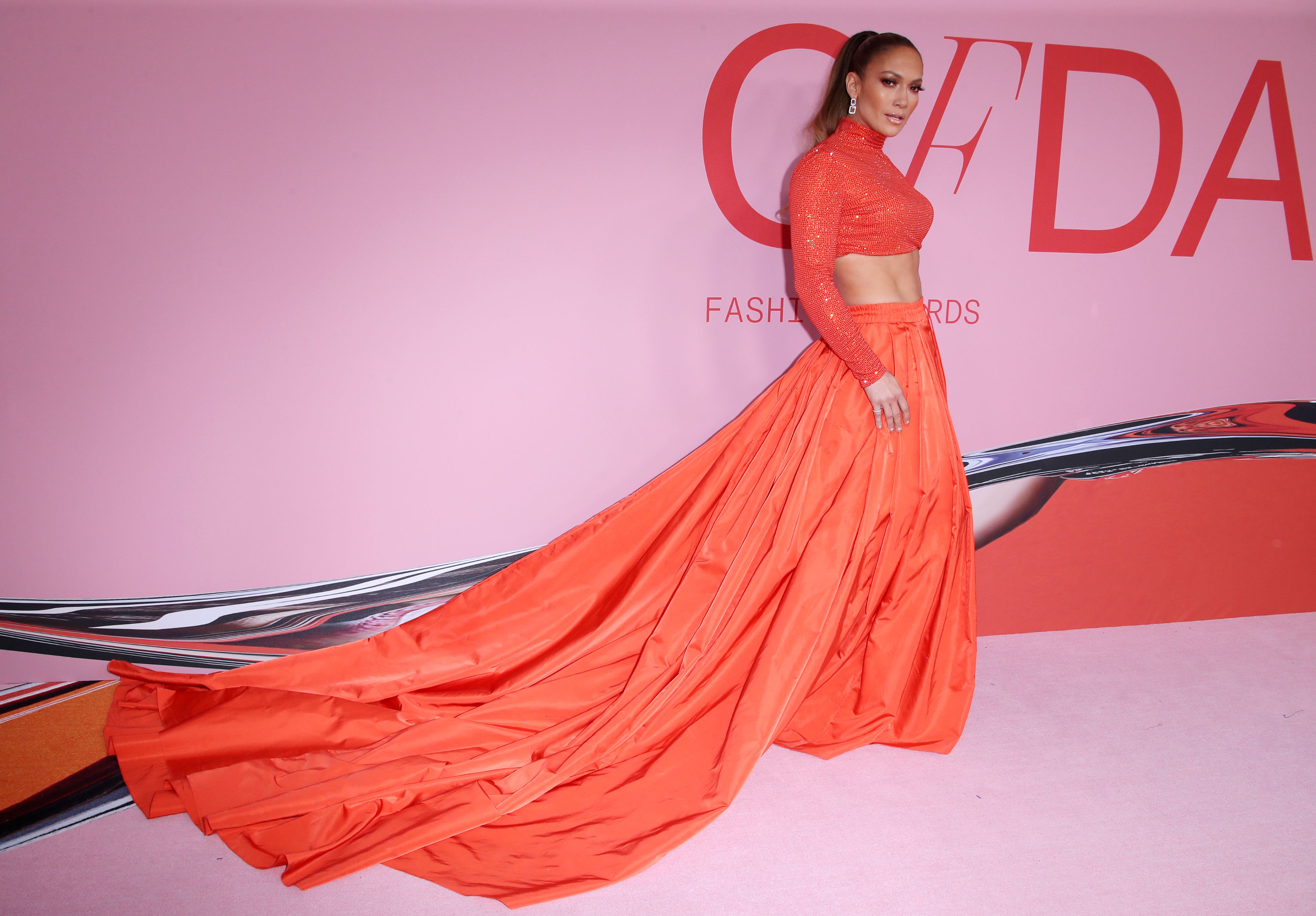 “When you realize the power of fashion at such a young age…you know it will be a big part of your life. When you wear your special dress and your daddy says, ‘you look so beautiful,’…a lot of that is expressed through what you wear.”

She added, “I grew up in the Bronx, so of course I had to wear Ralph Lauren tonight, who’s also from the Bronx.”

When she took the number 6 train to Manhattan, she realized there was so much more out there. She was exposed to Oribe and Kevyn Aucoin, who worked with all the supermodels. She said both Oribe and Aucoin have since died, but they turned her into a girl who could grace a magazine cover.

“Together we created so many iconic looks, and tonight I’m dedicating this award to them. I’ve been a little sentimental lately. I’m about to start a tour in celebration of a big birthday. It’s also the 20th anniversary of my first album, ‘On the 6.’ It’s almost 20 years since that green [Versace] dress. Since that moment, green has always been my lucky color…It’s been about 40 movies, 11 albums, a couple of babies, a couple of divorces, but countless great moments,” said Lopez.

And with that, Ford drew the long, long night to an abrupt end and everyone rushed to the door.