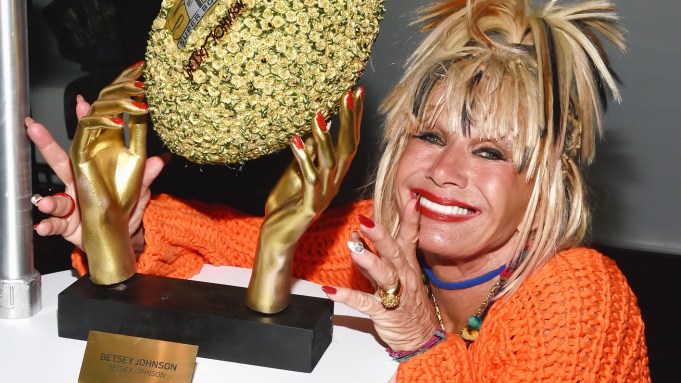 “My freshman year in high school I played football, but I quit for the drama club,” said Steven Kolb, whose job as the CFDA’s chief executive officer had placed him inside the NFL’s New York City headquarters Wednesday night.

Kolb was one of the many guests celebrating the CFDA + NFL Super Bowl 50 collaboration, which asked 50 fashion designers to create bespoke footballs in honor of the 50th Super Bowl. The game will be in Santa Clara, Calif., on Feb. 7.

The balls, which were on display Wednesday night, will be up for auction through Feb. 13, with proceeds going toward the NFL Foundation. The sterling silver Tiffany & Co. ball is currently gaining the most traction with 15 bids, the highest topping out at $2,400 at press time.

According to Kolb, the CFDA’s members were chomping at the bit to participate.

“Our equity is often the talent of our members and many times we come up with ideas where we try to involve them with creating something unique and one of a kind,” Kolb said. “Everybody wanted to be a part of it.”

“I was trying to see what from the NFL relates to my brand,” Geller said. “I thought about this idea of protection and creating a shell for yourself and we applied that to the football by covering it with these beautiful metal plates. But it’s distressed and a little bit worn in and that’s a big part of what our collection is.”

“We had to do something in gold. So it was like, OK, I’m not going to do gold leaf, so I figured I would do a gold chino. That represents me as an American designer and it’s probably the most classic thing a guy owns,” said Snyder, whose business was recently acquired by American Eagle Outfitters.

Rachel Roy, whose football is covered in various animal skins, was more apt to gush about her daughter’s boyfriend, a high school freshman who plays on the varsity team and has invigorated Roy’s interest in the sport.

“He prepped me for this event,” Roy said. “He’s brought so much to our family in terms of football knowledge and discipline.”