CFDA NYFWM Ambassadors Make It Out for Esquire Party

The party was attended by Jerry O'Connell, Jack Huston and Travis Mills. 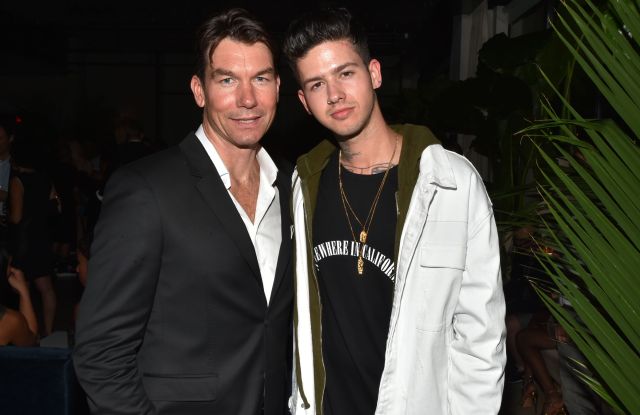 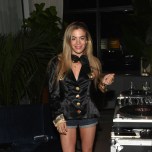 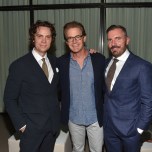 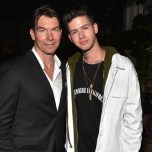 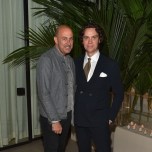 “I’m on my 48th hour of being an ambassador,” Jerry O’Connell declared with pride on Tuesday night. The actor was hanging out at Spring Studios, replete with tiny tealight candles and massive palm frond-producing plants, with Travis Mills, a fellow CFDA ambassador for New York Fashion Week: Men’s. “We’re both ambassadors in the CFDA, so I’m only referring to him as ‘ambassador’ now for the rest of his life,” O’Connell cracked.

“You know what I’m bummed at? That they don’t give us sashes at this party that we’re ambassadors,” O’Connell lamented.

“Or a metal. Or at least a name tag,” Mills added. “We got to bring that up with CFDA. They did give us an Escalade with ‘Men’s Fashion Week’ on it.”

The pair were attending a party cohosted by Esquire, the CFDA and actor Jack Huston, who’s featured in the magazine’s September issue. Huston had flown up from Kentucky, where he’s filming the thriller “Above Suspicion,” just for the party. Fellow ambassadors Kellen Lutz and Eric Rutherford were also in attendance, as well as Warren Elgort, Nur Khan, Kyle MacLachlan, Scott Speedman and a host of men’s wear designers: Alex, Matthew and Samantha Orley, John Varvatos, Siki Im and Timo Weiland. Chelsea Leyland manned the DJ booth.

Esquire’s editor in chief Jay Fielden has just two issues under his belt and is settling back into the men’s beat nicely.

“I’m just getting my little toes back in the water,” Fielden remarked, holding court during the party off to the side. “My feeling is just the energy of the shows and the youthfulness of [NYFWM], and the edginess of it is a great thing. I’m looking forward to what it’s going to be like, and where it’s going to go from there.”