CFDAs Earn an A

From Anderson Cooper's childhood modeling photos to Lady Gaga and Patti LaBelle's after-party duet, the evening was one to remember. 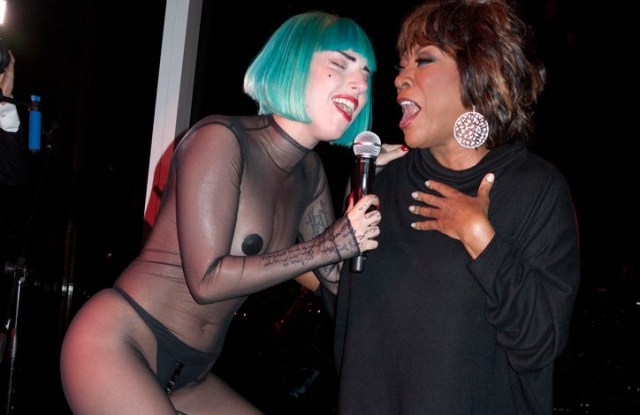 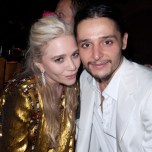 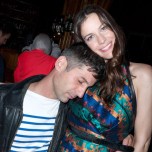 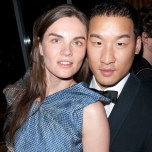 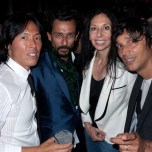 Was Anderson Cooper dying to host the CFDA Awards on Monday? No, but when Diane von Furstenberg calls in a favor, you listen. At first he hesitated, so she pointed out that he’s reported live from earthquakes and floods, and was assaulted in Egypt’s Tahrir Square just a couple of months ago.

“‘What could be scarier than those situations?’” recalled Cooper of their conversation. “Of course, I said being reviewed by Women’s Wear Daily.”

Oh, Anderson! If you insist, we give you an A: a B+ for opening with self-deprecation; an A+ for immediately pulling the cute yet relevant card — a slideshow of endearingly embarrassing childhood modeling photos that exposed an 11-year-old Cooper with “Ted Koppel hair” in “superdorky” clothes looking like “a girl from ‘Little House on the Prairie,’” and a B for leaving us wanting more. Cooper’s total stage time came in at less than five minutes spread between two appearances before he had to split to host his nightly CNN news show. “I’m not supposed to be here,” said CFDA president von Furstenberg, as she sauntered to the podium for the evening’s closing remarks. “Anderson had to go and deal with a Weiner. I don’t know what’s wrong with straight guys today.”

As for the rest of the show, it had plenty of charm to balance out the rough spots, mostly of the technical variety. The audio had that “lips don’t move with the words” problem, especially for Hal Rubenstein’s back-to-the-Bronx intro to his lengthy but heartfelt speech, which had a word count of 1,000 — the approximate word value of a picture, noted Rubenstein, who could have done with a little less “Kneidlach, Kreplach and Flanken,” and a few more fashion anecdotes. By contrast, there were plenty of honorees who felt that brevity was best. Phoebe Philo accepted the International Award in three whispered sentences.

In addition to poignant acceptances from Marc Jacobs, Hilary Alexander and Prabal Gurung, there were several unexpected highlights, like Arthur Elgort’s charming tap-dancing son Ansel, who accompanied Grace Coddington to the podium, and Karolina Kurkova, who was so excited that Lady Gaga was in the house, she belted out a line from “Paparazzi” and didn’t sound half bad at that. DVF had a surprise up her sleeve when she handed out a special CFDA Award to Nadja Swarovski, who was swarmed onstage by 21 Swarovski Award winners from seasons past. And who knew that Kanye West has a seemingly genuine humble side? “I’m so honored to be here tonight,” he said, introducing Philo. “Where usually I’m on stage performing in front of thousands of fans, everyone in this room knows I happen to be the biggest fan of…everyone in this room.”

Not to be outdone was Lady Gaga, the recipient of the Fashion Icon Award, who brought her 19-year-old sister, a Parsons student, and her sense of humor. “Anna Wintour sent me a text message,” said Gaga. “She text-messages…and the text message said, ‘I want to tell you that you won the CFDA Fashion Icon award.’ I actually thought it was Anna Treblin, who is one of my very close friends and Nicola [Formichetti]’s assistant, who I go out and have drinks with all the time. I have a couple of Annas in my phone and so my reply was, ‘Yes, bitch, we did it.’ And she replied ‘How lovely. We will all be waiting to see what you will wear.’” At that point Gaga knew she had her Anna’s mixed up.

The pop starlet may have piled on all sorts of “stripper things,” including a studded thong bodysuit and 12-inch platforms, but there was one must-have accessory she had to do without for the occasion. “I tried to bring a rat with me as a tribute to New York City, but they wouldn’t let the rat in,” she said. “My rat’s name is Black Jesus and on the way in, although he was not allowed in, he said, ‘Please tell everyone that I said, ‘Amen Fashion.’”

She had her serious message, though: Gaga kept mentioning her fans and how fashion can often make them feel better about themselves — as it did her, making her “feel famous before I was famous.”