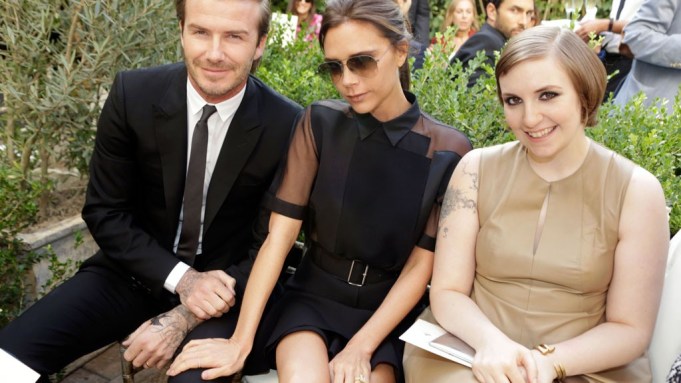 “It’s actually one of the few times we get to hang out with one another,” said Martin. “Today we all had lunch, tonight we’re having dinner. It’s way more relaxed than New York. After two days here, I’m thinking of decamping.”

“I’m going to take far better notes this year,” Mary Elizabeth Winstead said of the clothes and accessories coming down the runway. “I saw plenty that I liked last year, but I wasn’t quick enough on the draw.”

After the show, designers and their would-be muses got to mingle. “I loved your things,” Johnson told Alary. Even David Beckham got in the game, chatting up the Ovadia twins. “Those were some great-looking suits,” he offered.