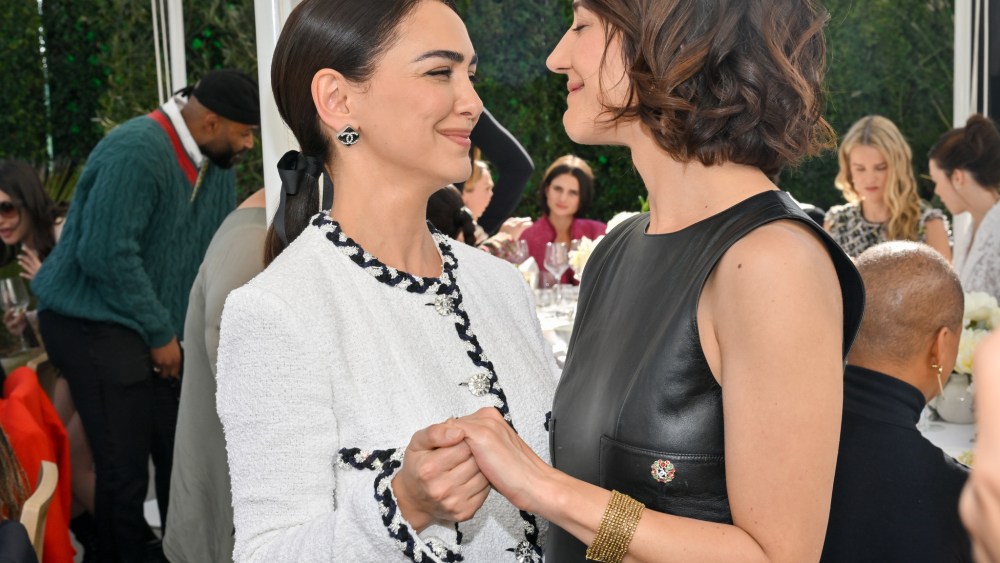 The Chanel-sponsored Academy Museum of Motion Picture Arts and Sciences’ Women’s Luncheon in Los Angeles had a new sense of urgency on Wednesday when Iranian-born actress and activist Nazanin Boniadi took the stage in front of the Hollywood women’s filmmaking community to speak about the fight for women’s rights in her native country.

The “Lord of the Rings: The Rings of Power” and “Homeland” star’s voice broke when describing the recent deadly protests against the Islamic Republic and its religious morality police.

“Woman, life, freedom. For two months, that’s been the battle cry in what has become the first female-led revolution of our time,” said Boniadi. “Women have taken to the streets and are not only removing and waving their headscarves but setting them ablaze and cutting their hair in protest. Despite the threats of being beaten, raped, imprisoned or even killed, school girls are removing their mandatory head coverings…”

The compulsory hijab has become the symbol of Iranian women’s struggles, she said, drawing attention to the 15,000 protesters arrested and hundreds killed since 22-year-old Mahsa Amini died suspiciously in police custody, setting off demonstrations.

“Our battles cannot be won without attention to theirs because Iranian women have caused a paradigm shift,” she continued. “Artists have a unique ability to reach the masses and impact change, which is perhaps why the silencing of artists has become a hallmark of oppressive states like the Islamic Republic. We owe it to our counterparts in Iran to stand with them as they fight for their most basic human rights.”

The event was held at the Academy Museum to celebrate the fifth anniversary of the Academy Gold Fellowship for Women, an annual program supporting two emerging women filmmakers with mentorships and prizes of $35,000 domestically and 20,000 euros internationally.

“We are still behind. Look at the statistics, this year was worse than last year. Women are not behind the camera as much as they should be,” said Academy President Janet Yang. “I’m standing next to Chloé Zhao, and fortunately there are some who are powerhouses, but there isn’t yet equity and we’re reminded of this all the time. I’m glad we do this every year to celebrate and for us to be reminded of the gap.”

“There are still so few of us,” “The Woman King” director Gina Maria Prince-Bythewood agreed. “Every film I’ve done, there was a woman I had a conversation with to commiserate or just to get information– Patty Jenkins before my first big budget film, Kasi Lemmons, Kathryn Bigelow…we want more of us in it to support each other.”

Dube was born and raised in New Delhi and is now based in New York.  She is an alumna of the graduate film program at New York University, and her film “Bittu” won a Student Academy Award in 2020.

“This facilitates letting me stay at home and create the stories I want to tell instead of desperately looking for work and wasting time,” she said earlier of what the fellowship means for her. “It’s important we get to be the authors of our own stories,” she added of the need for more female representation in the industry.

Guests at the luncheon were reveling in their Chanel looks, from Zhao’s quilted black leather pantsuit which she likened to “armor,” to Thompson’s two — two — Chanel handbags.

Claire Foy arrived with Dede Gardner, producer of her most recent film “Women Talking.” “The Crown” queen was wearing a white linen jumpsuit and holding up a teenie, tiny Chanel bag.

Just what did she fit inside? “My room key, some makeup and this lovely little Chanel mirror,” she said, holding it up. No phone? Nah. “It’s a very luxury bag.”