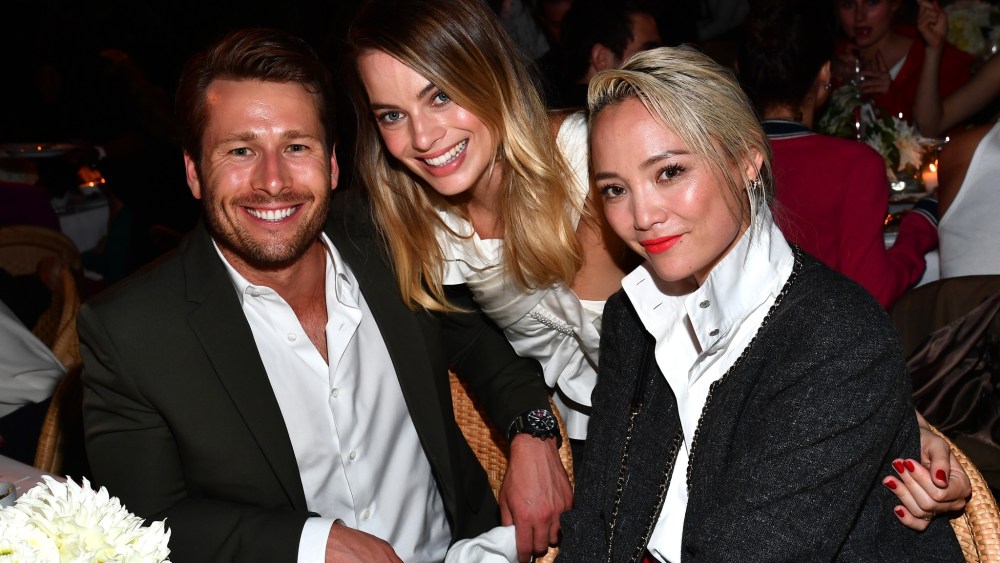 The first time Margot Robbie ever wore a Chanel gown, she said, was at the Critics’ Choice Movie Awards in 2018, the night she snagged the Best Actress in a Comedy award for “I, Tonya.”

“It was a good luck charm,” the Australian actress continued on Thursday night at Chateau Marmont in Los Angeles, where the French house held a dinner to celebrate its newest fragrance, Gabrielle Chanel Essence. “Good things happen when I wear Chanel.”

Since then, her relationship with the brand has grown, and these days on the red carpet, whether it’s at the British Academy Film Awards or the Screen Actors Guild Awards or at Cannes, Robbie — the face of the new scent — is often seen clad in coveted haute couture looks from the house.

“For me, it’s more of a personal thing,” she said of her evolving relationship with Chanel. “If you had asked me that a few years ago, I would have said, it’s very prestigious and luxurious and all those things. For me, I feel like it’s more personal than that now, because I have a close sort of relationship with the brand and the people who work there…there’s something very personal and familiar about the brand to me now.”

Glen Powell had nothing but high praise for the actress.

“I’m just a big fan of Margot Robbie and what she represents,” said the actor, who next appears in “Top Gun: Maverick.” “Margot represents someone who is forging her own path, and Chanel represents and supports women who are forging their own paths…I find that in an era of dying stars, where the movie star doesn’t exist, Margot proves that it can.”

The “Once Upon a Time…in Hollywood” star channeled a “free woman,” in the advertising campaign for the fragrance, an ode to the house’s founder Gabrielle “Coco” Chanel.

Gabrielle Chanel Essence, which retails starting at $105, is “warmer” than previously released Chanel Gabrielle, shared the house’s notable perfumer, Olivier Polge. A floral scent, it features jasmine, orange blossom, ylang-ylang and the tuberose flower, a new choice for Chanel and the most prominent ingredient. “White flowers are scents that are quite strong. I think there’s a higher intensity in Gabrielle Essence…[Gabrielle “Coco” Chanel] is the one who had this important idea that fragrances and fashion could be related.”

“She decided what she wanted to do and then created the path,” said Robbie, who founded her own production company, LuckyChap Entertainment. “I definitely wouldn’t say I’m in the same realm as Coco Chanel, as Gabrielle Chanel, but I do feel more in charge of my destiny…”

Robbie will next appear in a slew of films, including starring in Greta Gerwig’s “Barbie” and Jay Roach’s “Bombshell,” centered on the downfall of Fox News’ Roger Ailes; she’ll also take on a familiar role, playing DC Comics’ Harley Quinn once again in spin-off “Gotham City Sirens,” as well as “The Suicide Squad” sequel, directed by James Gunn.

“He needs to shoot his DC [Comics] movies first,” said French actress Pom Klementieff of working with Gunn in “Guardians of the Galaxy Vol. 3,” expected to be released in 2021. “It’s going to take some time, but the script is incredible. It’s amazing, hilarious, heartbreaking.”

“We get ready together,” said Peltz. The duo often attend industry events together. “I’m a little bit more of a diva than Kenya.”

A memorable experience from shooting the controversial HBO series, Peltz said, was his sex scene with actress Barbie Ferreira.

“We were doing it on these awkward apple boxes, and I was supposed to be pounding her, and my knees kept hitting these boxes,” he shared. “I had these crazy bruises on my legs, and we were supposed to look like we’re really into it or whatever, and I’m just hurting myself all over the place.”

The actor had recently returned from New York Fashion Week.

“The parties definitely were influenced by ‘Euphoria,’ makeup looks, too,” he said of the show’s current influence on fashion. “It was wild.”

Up-and-coming actress Camila Morrone, dressed head-to-toe in Chanel, who’s often making headlines for her relationship with Leonardo DiCaprio, stars in “Mickey and the Bear,” out Nov. 15. How is she adapting to the newfound attention?

“It feels weird,” said the 22-year-old. “I’m like, ‘Oh, God, what am I going to do next?’ Anytime someone likes your work, there’s extra eyes on you seeing what you’re going to do next. So, just trying to make the right choices and pick the right roles and hope that works.”

The candlelit dinner party — al fresco and poolside — featured a family-style dinner of chicken, steak and an assortment of vegetable dishes, followed by a performance by Shaed, who sang their current radio hit, “Trampoline.”