Chanel at the Montauk Shore

The Crow's Nest in Montauk was Chanel Central on Saturday. 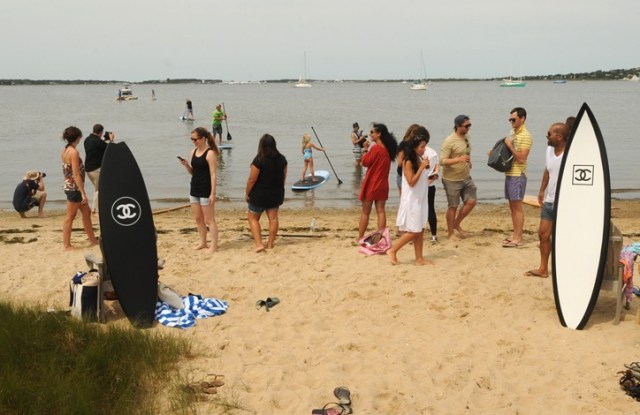 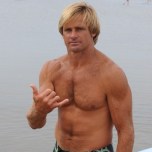 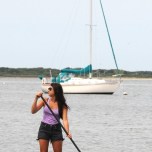 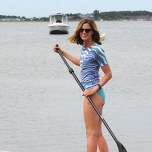 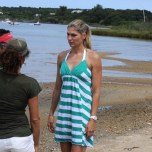 The Crow’s Nest in Montauk was Chanel Central on Saturday. The design house brought out champion surfer Laird Hamilton, the ambassador for its J12 Marine watch, with his wife, pro volleyball player Gabrielle Reece, and their two tow-headed daughters, Reece, 6, and Brody, 2, for a day-long celebration of the timepiece and publication of “The Wave,” by Susan Casey.

This story first appeared in the August 23, 2010 issue of WWD. Subscribe Today.

But before the merriment, Chanel put Hamilton to work, giving stand-up paddleboard lessons on Montauk Bay to guests including Amanda and Chris Brooks, Jen Brill, Cristina Cuomo and Holly Peterson.

Sandy Brant impressed everyone with her totally trained bod, and even Ingrid Sischy sailed out. Hamilton must have been a good teacher, because before long his students turned into instructors themselves. “I’m showing Chris how to turn,” Amanda Brooks said.

Afterwards, lobster rolls, fries, corn and watermelon coolers were served on the lawn. Hamilton, however, remained on the clock and sat down for a lengthy interview with ABC’s Bob Woodruff who had arrived on shore with a camera crew. Woodruff got a paddle board lesson, too.

That evening, partygoers reconvened on the hotel’s terrace for dinner, benefitting the Surfrider Foundation. There were a few additions — for instance, Anjelica Huston, a longtime friend of Hamilton and Reece who arrived with Jimmy “Margaritaville” Buffett, with whom she was staying. Richard Gere and Carey Lowell, who were also in attendance, are friends with Buffett, too, though the actor couldn’t recall how they had met. “I don’t even know why I’m here,” he said, before returning to Rachel Weisz, who commandeered his attention throughout cocktails.

Around 9:30, guests including Anh Duong, Julian Schnabel, author and journalist Rula Jebreal, Bruce Weber and Nan Bush, Tabitha Simmons and Craig McDean, and Allison Sarofim and Stuart Parr sat down to steamed clams, lobsters and grilled peaches. By the time midnight rolled around, people started leaving for home (in the city, they’d be setting off for the Boom Boom Room or Kenmare). “Why does everything feel so much later in the Hamptons,” asked one guest. “I just got back from Saint-Tropez,” said Kim Heirston, nonplussed. “Everything there starts at 11.”