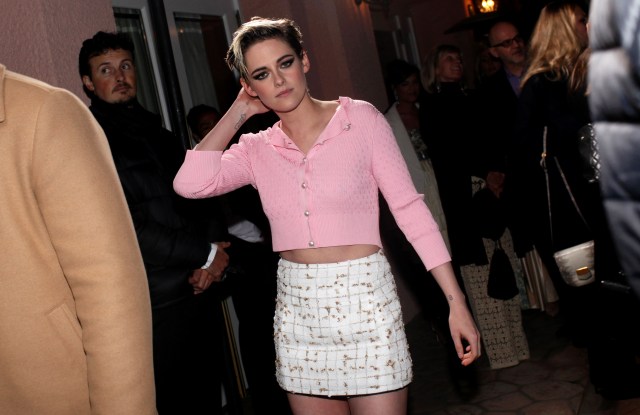 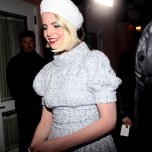 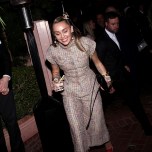 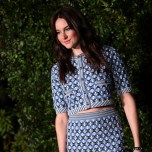 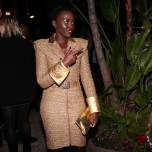 The most glamorous of the Oscar pre-parties, the 11th annual Chanel and Charles Finch Oscar weekend dinner, sung a more sentimental note Saturday evening in Los Angeles, as the first event thrown by the house since the passing of Karl Lagerfeld on Feb. 19.

Newlyweds Cyrus and Hemsworth were early arrivals; Cyrus did a quick powdering of her face before posing for photographers with her husband.

“It’s free-zing!” she told them as they snapped away.

Cyrus described herself as “really bad about movies,” but did have many memories of her time with Lagerfeld.

“When I went to my fitting yesterday with Chanel I was wearing a pin he had given me when we had shot together just a couple of years ago,” she said. “I was wearing this jacket and he had put it on there; I had never taken it off before and I wore it going into the store and coming here tonight so this just feels full circle, and feels like an honor.”

Her first meeting with Lagerfeld was when he shot her for V magazine, in 2014.

“It was actually a really funny story: he brought me all these gifts because he knew that I had been buying a lot of vintage Chanel. Those had always been some of my favorite pieces; I love finding things that no one else is going to have,” Cyrus continued. “I’ve always collected Chanel because I feel like it’s so versatile, and I know that I’ve really changed a lot, so I feel like I can wear it for any occasion and still feel like myself.”

Stewart has had a longstanding relationship with Chanel, and had worked with Lagerfeld since she was but 15.

“It’s funny, when something monumental as someone like that passing occurs, people start sending you all these photos — and I obviously remember my relationship with Chanel and when it started, but to see it and sort of walk down that path again was interesting,” she said, fresh from the step and repeat. “I was prepped this evening that ‘they’re going to ask you what was surprising about him that maybe other people wouldn’t know that you did because you got some insight.’ And I was like, ‘He’s so transparent, that’s what’s wild about him.’ He actually really revealed himself and gave himself fully, and that’s why he’s such an impeccable artist. So, yeah, it’s sad, but at the same time you look at that life and you’re like that is what I aspire to in every way.”

“Our first photo shoot together was the first time I got to hang with the Chanel family,” said Robbie of her time with Lagerfeld. “And I felt like we did more eating and drinking and talking than actual work. We took some photos, sure, but then we had a three-course meal and some bottles of wine and it felt very warm and welcoming and fun. It was just so fun, and I wasn’t expecting it; I thought it would be a little more rigid. But it was the most relaxed, fun photoshoot I’ve ever done.”

Inside the Polo Lounge, Leslie Mann and Judd Apatow were sequestered with Rachel Zoe; Henry Golding and his wife, Liv Lo, huddled by a heat lamp; Mulligan stuck close to Zoe Kazan; McDormand and Keaton rubbed shoulders; Jeff Bezos, eager to escape unnoticed by photographers for obvious reasons, slunk through to his table; Cyrus and Hemsworth found Samantha Ronson, and Nyong’o and her stylist Micaela Erlanger chatted with Ozwald Boateng.

“We are going to the Vanity Fair party tomorrow and then we’re going to…some other parties after that,” Mann said of her and Apatow’s Oscar night plans.

As for her ballot: “I loved ‘The Favourite.’ That’s my favorite; what about you?” she asked Apatow.