There was no couture or celebrity sightings, but martinis, Chanel No.5 and old-time film classics were involved.

LONDON — For the last 20 years, the big prelude to the British Academy of Film and Television Awards, BAFTAs, was the party thrown by Chanel and Charles Finch.

The city’s “it” girls, including Poppy Delevingne and Laura Bailey, would arrive decked in tweed, rows of pearls and all the latest Chanel runway gear, and rub shoulders with actors such as Margot Robbie, Phoebe Waller Bridge, Hugh Grant, Robert de Niro and Saoirse Ronan.

This year, with lockdown measures still in place in the U.K., there was no couture, no celebrity sightings — and certainly no shoulder-rubbing.

But Finch, a serial entrepreneur and film producer, wasn’t ready to give up on his hosting duties, so together with Chanel he devised a lockdown-edition of the famous pre-BAFTA bash.

“It’s just a party, at the end of the day, but it felt even more significant now that we miss gathering with friends and colleagues without fear of falling ill,” said Finch, who started hosting the event more than two decades ago, with the goal of bringing more international talent to London and raising the profile of the BAFTAs.

He described this year’s event, which took place on Saturday night, as “a contained, yet optimistic, gesture for all those people who were frequent guests these last 20 years, to say we will persevere, and come back next year,” he added.

This gesture involved martinis and plenty of Chanel No.5 — delivered in a sleek black box to the homes of Chanel and Finch’s film and fashion guests.

The box came with instructions on how to make the host’s signature Swimming Finch martini — add 60 ml. of vodka from 5 Hertford Street (the London club that has, of late, been hosting Finch’s parties), a teaspoon of white vermouth and a peel of lemon. 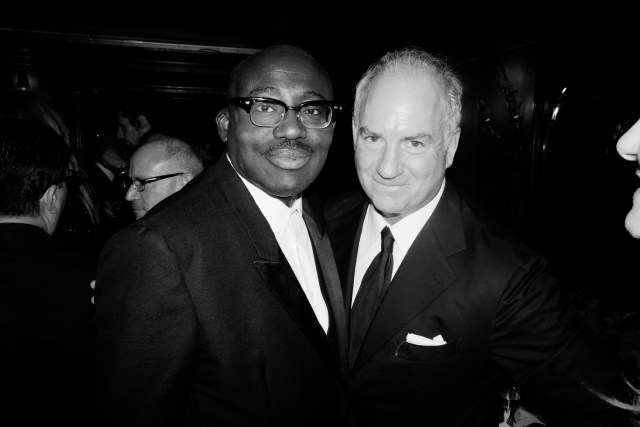 There was also a note from Finch, reminiscing about “what was before, and what will be again” when movie theaters, glamour and socializing finally make a comeback.

“Tonight we reminisce about the fragrant crush of the best-dressed beings in London, the cigarette smoke wafting in to merge with the scent of No.5, the taste of martinis and, amongst the swell of celebration, a movie star or two, from a film that took your breath away and made you dream,” wrote Finch.

Saturday night’s martinis were meant to be enjoyed with films hand-picked by Finch and Chanel: The brand, which has always made its ties with the world of cinema a priority and has partnered with festivals from New York, Toronto to Deauville and Busan, chose to pay tribute to Marion Cotillard — brand ambassador and face of the No5 perfume — and to showcase “La Vie en Rose.” Finch picked “Network,” the ’70s dark comedy starring his father Peter Finch.

“My father died the same year the movie was made. It’s underpinned with sadness, and to me it represents the masterpiece of his work,” said Finch.

“There was a tinge of madness to the lead character and casting an outsider, like my father, for the role allowed the audience to go along with the madness not knowing if he would survive or not. When you cast a star, very rarely do they die,” he added.

The film’s exploration of the abuse of power by the media is equally relevant today. Finch described the current era as one “of internet misinformation and bullying.”

Of the 2021 nominations, Finch said this is a “history-making year that paints a picture of diversity and inclusivity, with many female directors and small films leading the way.”

He believes “the pandemic arrived at a time when people were already questioning some of the poorer practices of our industry. It was like a mini revolution in culture and now, under the scrutiny of the pandemic, of U.S. politics and the internet, it’s a lot more intense to do anything. The industry has swayed to a very self-analytical place to address the wrongs of the past,” said Finch. 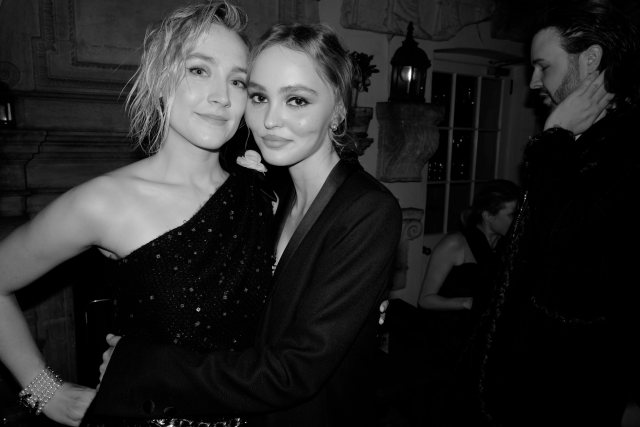 “For me, good behavior is good behavior. We need to seek positive adventures driven by storytelling,” he added.

For all the positive change taking place in the industry, some things will never grow old as far as Finch is concerned. They include the magic of the movie theater and the glamour of the red carpet at a movie premiere.

“I hope and believe there will be a return to the movies: That experience I’ve enjoyed all my life won’t just disappear,” he said, adding that he has worked on more than 25 movies over lockdown and remains positive about the industry’s future.

“Theater was meant to be over, but before the pandemic the West End and Broadway were thriving. We need to be brave at the end of the day — we can’t expect that we will never fall ill, or die.”