The Coco Club put its mark on the The Wing SoHo to celebrate the Boy-Friend watch, with a performance by Billie Eilish. 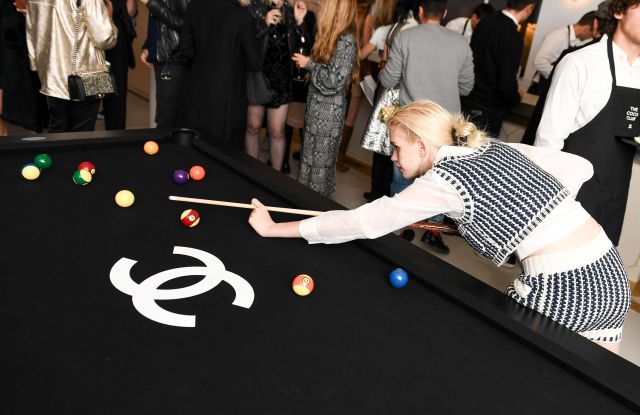 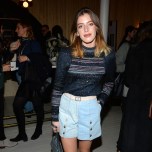 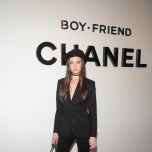 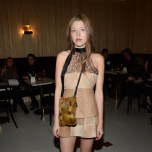 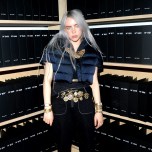 On Friday night, for one night only, boys were allowed inside the female-only halls of social club The Wing in SoHo. But they were the clear minority during Chanel’s Coco Club pop-up launch celebration.

The luxury brand had put its mark on the entire pink-hued club space in promotion of its Boy-Friend watch, which was displayed throughout the club. The signature “CC” was branded on a pool table, ping-pong paddles and a writing station featuring Coco Club-branded pencils, paper and stickers. And in a nod to the “time” theme, phone booths were reworked with Chanel-branded rotary phones. The touch of nostalgia was ripe for Instagramming — with the help of modern smartphone technology, of course.

“I think anything that has a little CC on it is enticing,” said Gucci Westman, after the front desk handed her a golden-hued “membership card” and guide to the pop-up. “I mean, listen, what is the CC of today is what I want to know. There is none.”

“This is the first time I’m seeing it, these are virgin eyes,” said The Wing founder Audrey Gelman, who noted that the SoHo location, the club’s second outpost, had only been open for two weeks before the Chanel transformation. The pop-up will be open to the general public on Nov. 12. “I’ve been looking at it on the security camera, which I have on my phone. I’m like, ‘Wow, this looks so different.’ And I got to watch them build it, but I haven’t experienced it yet.”

It was Sistine Stallone’s first time checking out The Wing — but maybe it won’t be her last.

“I just found an apartment out here in New York,” said Stallone, whose new NoHo apartment isn’t too far from the club. “My agency really wanted me to come out here and so I can work a lot more, and I’m very excited to be doing it,” she added.

While most of the Chanel-dressed crowd had opted for preppy tweed looks, 15-year-old singer Billie Eilish managed to channel a streetwear vibe out of her lent wares.

“I didn’t grow up with a ton of money so I couldn’t really wear Chanel all the time,” Eilish said after performing a short set for the crowd. “But when I’ve been given something by someone I know, like a bag or anything that has to do with Chanel, I’m like, I’ll wear it, I’ll have it, I’ll take it. But it is such a glamorous brand and I’m super, like, kind of street so I just took all of their super dope stuff and tried to make it into [my own look].”

The Chanel performance — her first link-up with a fashion brand — caps off Eilish’s fall tour. Next up: a short-lived break.

“We have the holidays off, but ‘off’ means that we’re going to make music the whole time,” she noted. “We want to release an album by next fall, so we have to start writing and get it done.”