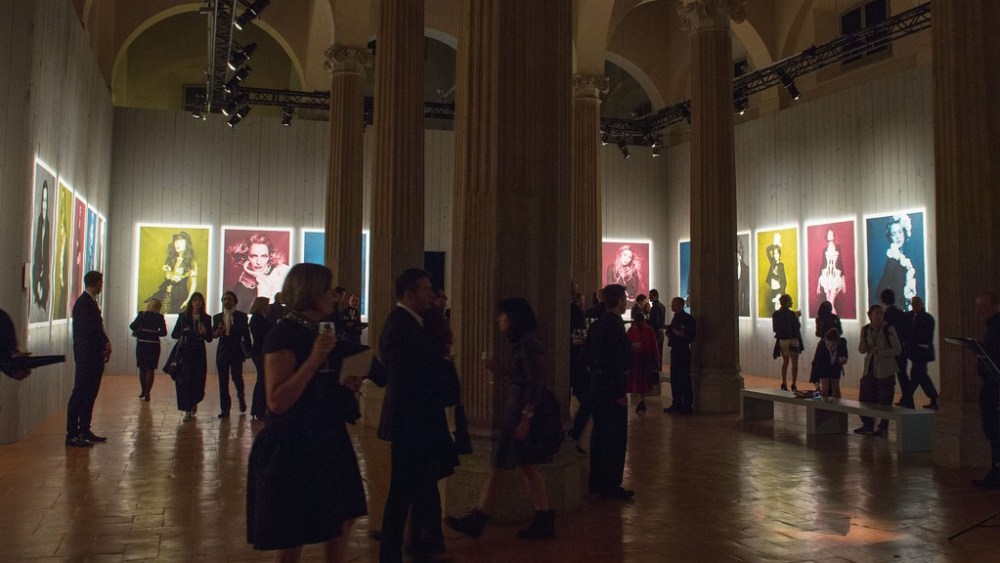 JACKET REQUIRED: Guests dodged raindrops and hustled inside the historic Rotonda della Besana in Milan, where black-and-white portraits of celebrities wearing Chanel lined the walls. It was the latest two-week stop for the French firm’s “The Little Black Jacket” exhibition, which had already set up shop in cities from Tokyo to Berlin and will move onward to Dubai later this month.

“Considering it’s such a cold Milan evening, I’ve never seen so many people turn up to an exhibition outside fashion week,” Cerruti marveled.

Paradis was among those photographed for the exhibition and book. She said for her, Chanel was about “dreams, and class.”

Noting she has a close professional relationship with Lagerfeld, Paradis said whenever the two collaborated: “I know in advance that I’m going to enjoy myself… I admire him and like him very much, we get along well. He’s unique. It’s very precious to be able to spend time with him.”