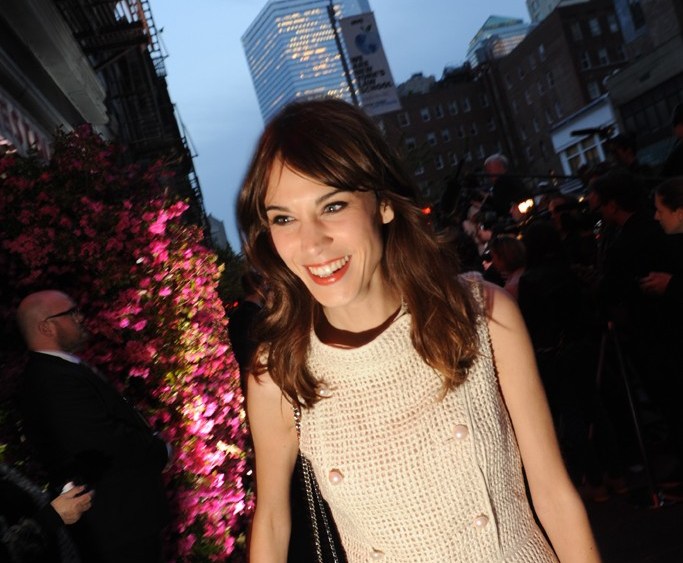 Chanel’s annual dinner in honor of the Tribeca Film Festival Artists Program can feel like a lesson in particle physics. The combined draw of a coveted fashion house and New York film and art insiders packs about 200 into The Odeon in Tribeca, tight quarters to begin with. The lack of much personal space can make for some easy observational work, as was the case at the party’s eighth annual go-round on Wednesday night. There was David Neville of Rag & Bone hearing from a man he had just met who owned “two pairs of your jeans,” or there was Michael Pitt sneaking a cigarette in the downstairs bathrooms, or there was Sophie Auster trading great moments in cocktail history with Salman Rushdie.

“Is that right?” Rushdie said. “I didn’t know that. I knew that the St. Regis invented the Bloody Mary.”

Julie Delpy was at the festival for the premiere of “Before Midnight,” the third installment of director Richard Linklater’s decades-spanning romantic narrative she’s costarred in with Ethan Hawke.

“So very few actors or even writers are allowed to do that,” she said of the film’s time span before bumping into fellow actress Radha Mitchell.

“Good. I was doing an interview,” Delpy explained.

“Finish the f–king interview!” Mitchell demanded. “What was the question?”

“I love that character,” Mitchell interrupted. “I didn’t get to see it, but it’s like the movie I want to see at this festival….It’s screening at the festival, right? I need to know what happens next.”

“You’re going to find out,” Delpy said. “A lot of action happens in that film.”