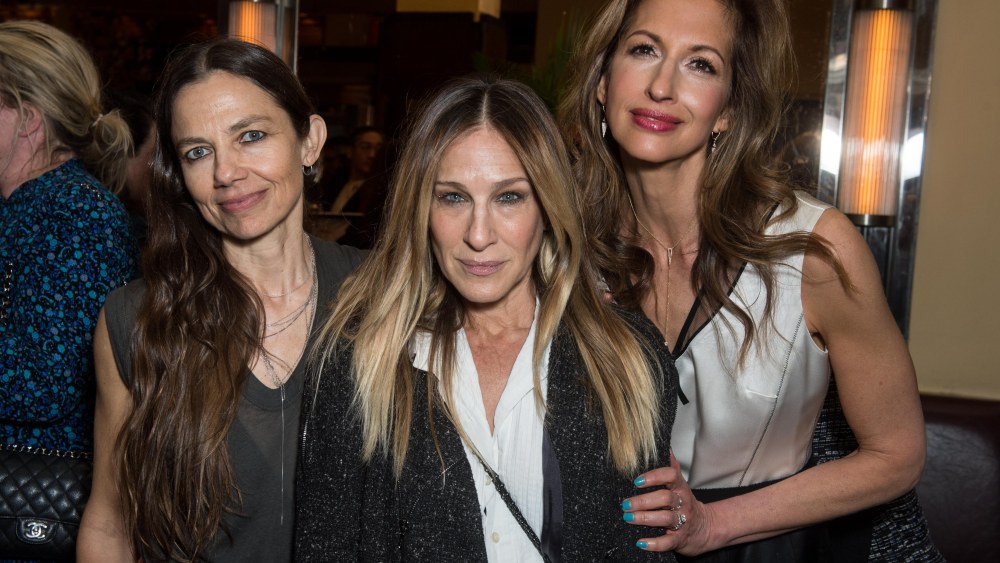 Jane Rosenthal’s request was met with cheering, as the crowd at The Odeon glanced around the room, which was packed with directors, actors, producers — all of them women. The downtown eatery was a scene of revelry Friday afternoon as Chanel and Tribeca Film Festival hosted the third annual luncheon celebrating “Through Her Lens: The Tribeca Chanel Women’s Filmmaker Program.”

“As a testament to everyone who’s in this room, you know that women’s voices are being heard louder,” added Rosenthal, one of the festival’s cofounders.

This year, the festival includes 43 films made by women directors — representing 46 percent of the programming, the most in the festival’s history. And the growing inclusion of women rang particularly optimistic in the wake of social media-led movements that have taken hold since last year’s festival, including #MeToo, Time’s Up and the film-centric #FemaleFilmmakerFriday, started by Aline Brosh McKenna and echoed by others such as Ava DuVernay and America Ferrera.

“In my early days in Hollywood, there was very little reaching back. This is a must,” said Paula Weinstein. “It’s been six months since Time’s Up…this is now, when we realize we have to take hands, hold hands, and allow our celebrity, our film-making talent, our work, to help the women who are less fortunate,” she continued, growing emotional.

Many of the women with work at the festival — Sarah Jessica Parker, whose latest film “Blue Night” premiered on Thursday; Karen Gillan, who wrote, directed and stars in “The Party’s Just Beginning,” her debut feature behind the camera — gladly took the opportunity to meet and mingle — with Chanel wares in tow, natch. You never know where you’re going to find your next collaborator.

“I have a project in the festival, Karen [Gillan] has been in projects I’ve directed, and she has a project she directed in the festival,” said Jennifer Morrison, grabbing a cappuccino at the bar before sitting down to catch up with Gillan.

“It’s the beginning of a change,” Morrison noted, reflecting on the shifting gender dynamics in the industry. “Nothing changes overnight, but at least the awareness and the conversation are changing the opportunities and opening certain doors. And the more those doors are open, and the more things women start to direct, the better we’re going to get at it, and the wider reach we’re going to have with it,” she continued. “Hopefully someday we don’t have to delineate whether you’re a female filmmaker — you’ll just be a filmmaker.”