The Chanel Métiers d’Art After Party: Kelela, Karl and Some Burgers

The inside of a tent in Central Park was transformed into "CC's Diner," replete with banquette booths and two Airstream trailers. 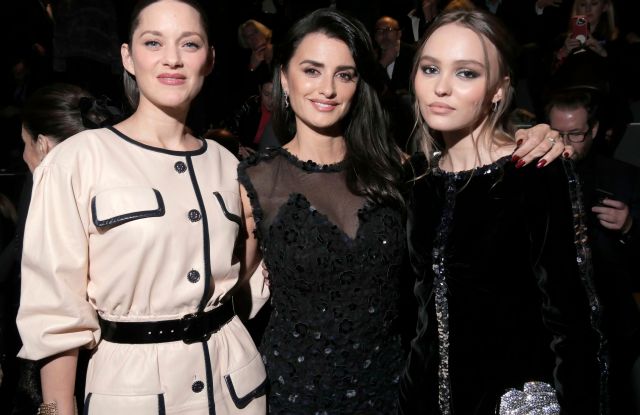 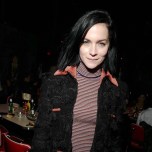 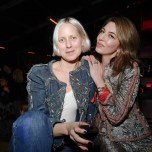 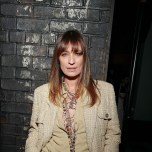 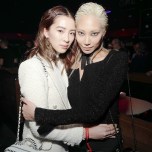 A burger joint is the last place you’d expect to see Kelela and six backup dancers perform her ethereal, dreamy music on stage. But that’s what happened on Tuesday night when Chanel took over Central Park. For the after party following the brand’s Métiers d’Art show at the Metropolitan Museum of Art, the musician gave a surprise show in the park, inside a tent that had been constructed just for the event. The interior was transformed into “CC’s Diner” — Karl Lagerfeld loves a thematic set — replete with wooden and striped leather banquette booths and two Airstream trailers that held bars serving signature drinks. Milkshakes, fries and cheeseburgers — which one guest of the party tried to order rare, to no avail — were on offer. Amid all this, Kelela emerged on stage in white, wearing Chanel’s signature jacket and a beret. She sang “Bluff,” “Better” and more, all with plenty of reverb and echo. Guests cheered hard when she and her dancers vogued and hit death drop after death drop. Her final song was punctuated by two glitter cannons that propelled silver confetti into the air.

Models from the show, back in their street clothes, were still rocking the elaborate, Ancient Egypt-inspired eye makeup from the runway as they danced on a platform in the middle of the room. Pharrell Williams — who also walked the show, but was scrubbed clean of his eyeliner — sat in a booth with his wife, Helen Lasichanh, gesturing emphatically about his burger. Dressed in a hunter green puff coat, he got up to give Suzy Menkes a hug. Lagerfeld was in the booth next to them, sitting with his family.

Lily-Rose Depp circled the party, as did Lily Allen, Theophilus London and Jerry Seinfeld. Seinfeld had attended the show with his wife, Jessica, but at the after party, he found some friends to chat with while Jessica was at the bar.

“The art of comedy is a game,” he was overheard saying to the couple. “Truth has nothing to do with it.”

London, meanwhile, explained he was back in the studio and he’s producing for Miley Cyrus. He’ll be on her next single.

“You can put that out into the world,” he allowed.

Rewind about three hours, before the show: Janelle Monáe, Julianne Moore, Margot Robbie, Marion Cotillard, Sofia Coppola and Penélope Cruz made their way down the red carpet. Cruz, who recently was picked to be featured in Chanel’s Cruise campaign, expressed her awe at the fashion calendar and the churn of work the brand puts out to accommodate it.

“I don’t know how [Lagerfeld] can handle so much pressure and do so many things at the same time,” she said. “The amount of collections that he does in one year. I am always asking about the schedule: How many hours?

“All the people who work with him, all the women that are [in the atelier] sewing the dresses and spending the most amount of time [working], they all love him,” she added. “That says a lot about the person that he is.”